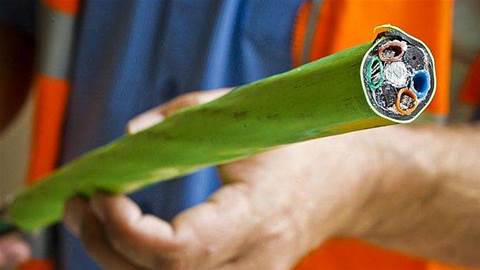 NBN Co has revealed that the top user on its network is pulling down 23.6 terabytes of data a month.

The number is part of an extraordinary set of figures that show the downstream and upstream traffic profiles of the broadband network.

The figures show that the top 14 percent of users on the NBN are driving half of all traffic downloads on the network.

In addition, the top user on the network is managing to download 23.59 terabytes of data a month.

To put that into perspective, the average user pulls down 190GB of data and the median usage is even lower at 108GB a month.

The company also showed off similar traffic numbers for the uplink.

Again, the top user on its network is doing big numbers, uploading 14 terabytes of data a month.

For perspective, the average user uploads about 17.5GB of data and the median uplink usage is a shade under 7GB a month.

When it comes to the uplink, though, an even smaller proportion of users dominate; NBN Co said that just six percent of users are responsible for half of all uplink traffic.

The numbers ostensibly cover all NBN services in operation, though as the satellite network has an aggressive fair use policy, it’s most likely the big users are fixed line customers together with the odd fixed wireless customer.

The fixed wireless network also technically has a fair use policy though it is not enforced in the same manner as satellite.

This could change as the company continues to suffer congestion issues on the fixed wireless network.

NBN Co has already killed off plans for a 100Mbps fixed wireless service, due to fears over the amount of data usage it would enable for a very small number of customers.

The company said that wireless users are only “slightly degraded” in their ability to pull down large amounts of data. 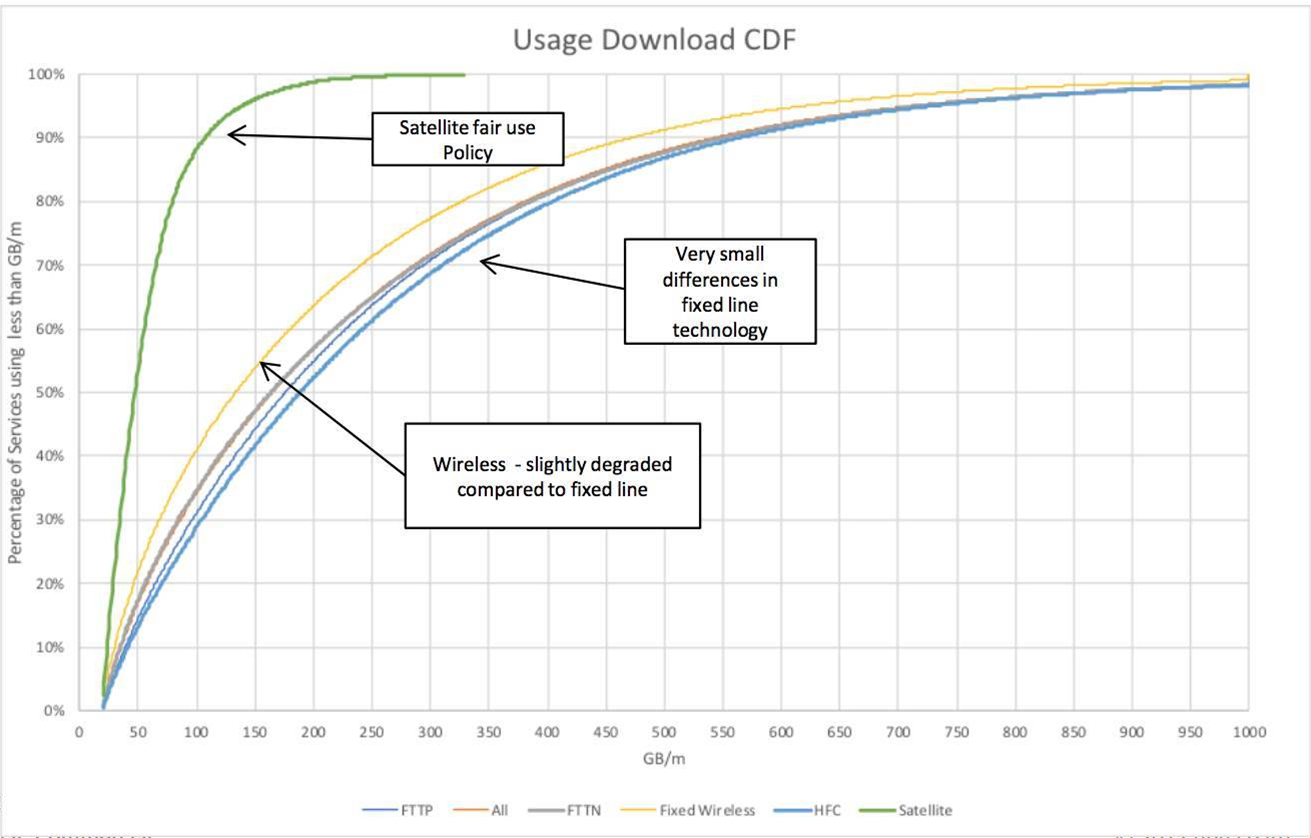 NBN Co’s numbers showed that the network starts to get busy at about 7am each day, maintaining those traffic levels until school finishes and kids arrive home.

It then starts to spike into the peak period of 7pm to 11pm, but doesn’t properly start to tail off until after 1am.

The traffic numbers - particularly showing the median and outliers - offer a very rare glimpse inside the company’s network operations.

iTnews was aware of median figures being shared in some industry circles previously but these were never able to be verified.

The company does, however, periodically release the average usage numbers.