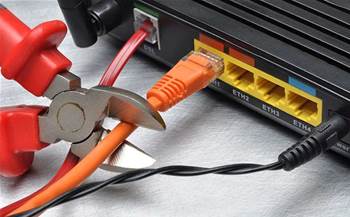 Runs counter to its financial projections.

NBN Co CEO Stephen Rue has dismissed Telstra boss Andy Penn’s call to halve wholesale rates, in part because a drastic cut would not reflect the “significant lift in internet capability in Australia” that Rue says the NBN is realising.

Rue told a senate estimates hearing last night that Telstra’s call for a “more than $20” reduction in wholesale prices came at a time when Telstra was having to knuckle down on its costs.

“I think that the Telstra CEO is clearly looking at one of his cost lines and certainly for him he’s looking for a reduction of costs in his business,” Rue said.

“The Telstra CEO is clearly concerned around costs and so it will be natural for him to make a call for a reduction in price. That’s the sort of thing that you would expect.”

Rue said that company had not entertained the thought of such a drastic reduction, despite the considerable weight Telstra commanded in being the network’s largest retail service provider.

He argued that the inputs for wholesale prices were “well understood” and “based upon a business plan and corporate plan that we’ve had released for many years and on what is undoubtedly a significant lift in the internet capability in Australia.”

“We are confident that the asset that we’re building has great value and we know that the community values that asset,” Rue said.

“We are satisfied that the wholesale pricing is appropriate.”

As the network build progresses, NBN Co is forecasting average revenue per user - drawn from its wholesale prices - to increase rather than decrease.

Were NBN Co to cut its wholesale prices by more than half, it would cause “a very significant reduction in revenues” for the company, damaging its financial position and prospects of finding a future suitor that will pay top dollar if it is ever privatised.

“A $20 reduction [per user] in revenues, with 8 million customers on the network - you can see the quantum we’re talking about,” Rue said.

Telstra’s call is partly staked on concerns raised by other telcos such as Vocus over shrinking margins in the broadband business. Telcos made more from reselling ADSL services than they now do for reselling NBN connections.