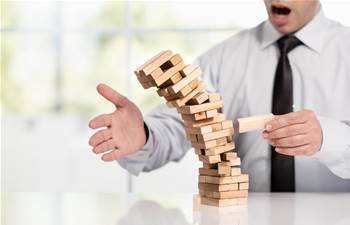 NBN Co is set to stop overbuilding existing fibre connections to commercial buildings and instead use existing fibre - where possible - to serve enterprise and government customers.

The network builder hinted at a change in its approach to serving the enterprise and government (E&G) market in ambiguous commentary to the Australian Financial Review this morning.

It has now revealed that it will make use of existing dark fibre to serve E&G accounts rather than duplicate infrastructure to those sites.

“To date, whilst we have usually installed new fibre connections to large customer locations when requested, we have made some limited use of existing fibre when we have done so,” NBN Co’s chief strategy and transformation officer Will Irving said in a statement.

“We hear the industry, and [we’re now exploring] ways NBN Co might efficiently obtain the use of that existing fibre to serve the needs of business and government customers who wish to be connected using the NBN network.”

The move was welcomed by Vocus CEO Kevin Russell.

“It is encouraging to see that NBN is listening to industry’s concerns, and Vocus looks forward to engaging in this consultation process," Russell said in a statement.

“It is critical for the long-term health of the telecoms industry that we have the right environment to support private infrastructure investment.”

NBN Co has been under sustained pressure to change its approach to the E&G market since receiving a formal warning for its behaviour and practices from the Australian Competition and Consumer Commission (ACCC) in October last year.

Even this morning, Vocus had issued fresh criticism of NBN Co’s E&G play, calling for the team making direct customer contact to be closed down.

Optus - which until now has stayed silent on the E&G issues - also openly criticised NBN Co last week for overbuilding existing dark fibre and not making use of extensive fibre already deployed to most commercial buildings.

NBN Co has been facing increasingly tough questions on where the money is coming from to finance new fibre builds for its E&G play, with suspicions it is using its residential network to cross-subsidise its enterprise market entry.

That has it in regulatory crosshairs, though pulling back from building as much new fibre for E&G customers could relieve considerable pressure.

It is proposing either to “request one or more pre-qualified NBN-approved suppliers to provide a proposal to supply dark fibre connectivity services at specific locations” to support a new enterprise customer, or to establish an “industry-wide reverse auction process by which the company would periodically conduct reverse auctions allowing existing fibre network providers to bid, on a confidential basis, to supply NBN Co with dark fibre connectivity services to specified locations on specific, predetermined standard terms and conditions.”

NBN Co said it would consult with industry on "all technical and operational" aspects of its proposal.