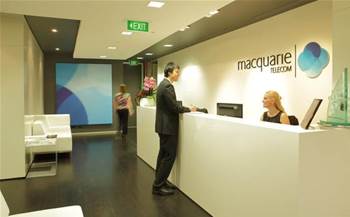 NBN Co has been sanctioned for a “serious breach” of non-discrimination obligations after it gave Macquarie Telecom - but not other telcos - advance pricing for its business services, and made payments in exchange for customers.

The Australian Competition and Consumer Commission (ACCC) said that it had extracted a court-enforceable undertaking from NBN Co and had also issued the company a “formal warning”. [pdf]

The warning pings NBN Co for cutting a deal with Macquarie Telecom but not making the terms of that deal transparent - or available to other access seekers.

This included giving Macquarie Telecom notice of indicative pricing for NBN Enterprise Ethernet services up to five months ahead of anyone else.

“NBN Co did not give other access seekers an equivalent opportunity to consider the same information about the new eligible service being developed by NBN Co,” the ACCC said.

But it also covers a series of contracts signed at the same time that Macquarie Telecom publicly lauded a six-year deal it had struck with NBN Co to offer ‘business class NBN’ services.

Other contract terms were also offered around the rollout of FTTP to business premises and around end user churn and renewals.

The ACCC said NBN Co did not “disclose to other access seekers details of the benefits available under equivalent terms and conditions of supply” - meaning other RSPs would not have been aware of the kinds of terms being offered.

The commission said that at least one other access seeker tried to cut a similar but separate deal with NBN Co but was “not made an offer”.

Additionally, NBN Co offered different deals to telcos regarding the cost of building out FTTP to business premises.

Some retail service providers had to pay for the build costs immediately after the work was completed.

Others, however, were offered contractual terms whereby the build costs were deferred and then either fully or partially offset by revenue received by NBN Co for services delivered over that fibre.

The effect of this was that build costs could be fully or partially waived - but again, that depended on the deal agreed with NBN Co.

Despite ruling that NBN Co’s business unit had “failed to comply with its non-discrimination obligations on a number of fronts”, ACCC chair Rod Sims said in a statement that the ACCC “has not identified evidence that the conduct resulted in specific harm or competitive detriment before it came to light.”

“Market feedback suggests that NBN Co’s entry into the wholesale enterprise market has increased competition, particularly in areas where Telstra is the only other fixed-line infrastructure provider,” Sims said.

Sims said that the undertaking would “ensure that all access seekers can compete on an equal footing going forward”.

“We will be closely monitoring NBN Co’s conduct under the enforceable undertaking, and reserve our right to take further action if we are not satisfied,” Sims said.

NBN Co said in a statement it took its regulatory obligations “very seriously” and “welcomes the clarity and certainty provided by the undertaking”.

A Macquarie Telecom spokesperson said that it "is aware of the ACCC’s interest in NBN Co but we have been advised by the ACCC that we were not part of the investigation and there was no finding in relation to Macquarie Telecom."

"We will continue to engage with the NBN Co, in line with the ACCC finding, to provide business-grade NBN for our customers."