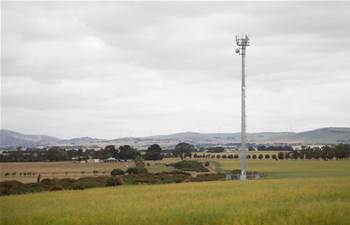 An NBN fixed wireless tower in the bucolic Australian bush