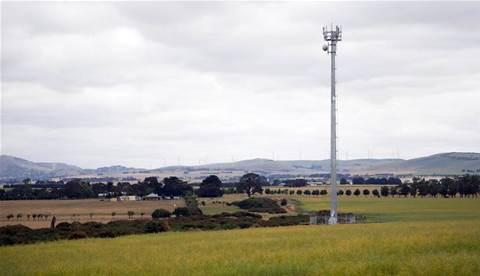 NBN Co has promised to invest in capacity upgrades for its fixed wireless network after coming under fire over its approach to dealing with congestion.

Executive general manager for access products Gavin Williams said in a blog post that the company had seen “a significant spike” in data usage as well as the number of concurrent users in cells in recent months.

“Due to this increase in demand, we will further invest in an upgrade program to expand the capacity of our wireless towers,” Williams said.

“Over the coming months, we will be upgrading a number of our wireless towers to fit them with greater data capacity. Naturally, we will be prioritising areas where users are experiencing congestion.”

The network builder has come under fire after it last week clarified the thresholds it uses to determine whether to take action on a congested cell or sector.

NBN Co said it aimed to keep sites able to provide users 6Mbps in the busiest hour, averaged over a month.

However approvals for upgrades could take up to 12 months, NBN Co said, in which time the performance of fixed wireless could degrade further.

It said a second threshold was breached when usability dipped below 3Mbps per user in the busiest hour, leading to site upgrades being deemed “critical”.

High levels of congestion on the fixed wireless network is suspected as being the reason why fixed wireless users - and the retail service providers serving them - have been prevented from taking advantage of a new temporary price offer.

When NBN Co dropped the price of its 50Mbps product and introduced a CVC discount, it said only fixed-line users would be able to take advantage.

That led to a call by Aussie Broadband for NBN Co to halt sales on its fixed wireless network and improve the service in the same way the network builder is throwing resources at HFC.

"Aussie Broadband believes fixed wireless has been specifically excluded from the new pricing structure due to prolonged tower congestion in some areas of the NBN fixed wireless network, which would negate any increases in speed that would be offered by the new pricing,” managing director Phillip Britt said at the time.

Change on this front could be on its way.

Depending on the reach of the upgrades announced today, the network could be better prepared to support more users connecting at 50Mbps.

Also noteworthy is a change made by Aussie Broadband late last week to price its 50/20Mbps plans on fixed-line and fixed wireless exactly the same.

Given fixed wireless is not subject to either the temporary or permanent NBN price changes at this point, Aussie Broadband had priced in a “differential” to account for the lack of discount on offer, but have now decided to remove it.

It isn’t clear whether this represents a precursor to a forthcoming policy change on NBN Co’s side, or is simply a competitive move in the retail space.