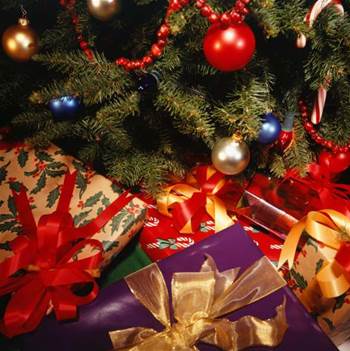 All your NBN Christmases at once?

NBN Co will create a “temporary promotional offer” to de-congest services during peak times, with some users likely to see it in action in the first weeks of 2018.

CEO Bill Morrow yesterday provided more detail on how the network builder plans to bring a new price construct to market, which it has been working on over the past six months in collaboration with retail service providers (RSPs).

The new price construct - to be launched before Christmas - will see NBN Co bundle an unspecified amount of connectivity virtual circuit (CVC) bandwidth with new services it sells.

The first product using this price construct is still likely to be a new 50Mbps service that comes bundled with an unspecified amount of CVC.

No retail price for this bundle has been announced, and Morrow remained tight-lipped on the finer details.

“I think it’s best we announce it with all the details before Christmas,” he said.

“I want to make sure nothing changes between now and then, but I think the market will be pleased with what we produce.”

Because the price construct is new, it could take RSPs some time to rejig their systems and sales processes to accommodate it.

Morrow has previously warned that it could be several months before end users were able to order the new 50Mbps product.

But it appears NBN Co has now come up with a solution to that problem: a temporary price offer that will allow RSPs to de-congest services sold under the existing construct, until they are ready to start selling under the new one.

“We have been thoughtful about the fact that if we have a product that comes out months away, what can we do today to achieve the objective that we have with this [new] pricing [structure],” Morrow said.

“That will likely lead itself to - let’s call it - a temporary promotional offer.

“Our intent is to design something with similar economic attraction to achieve the same result to when that [50Mbps] product is in market.

“The promotional discounts allow [an RSP] to have those economics today, and start selling straight away, as soon as systems are ready and training has been implemented within the company.”

Morrow said the temporary price offer would effectively act as a “bridge” between the current and new price constructs.

Given the planned timing of the new price construct announcement, customers may be able to begin 2018 with discounted, higher quality services, assuming their RSP is quickly on-board with the promotional pricing.

The promotional pricing will be offered uniformly to all RSPs that have agreed to the latest set of wholesale terms by signing the wholesale broadband agreement (WBA3).

Morrow said the aim of the company’s pricing strategy was to come up with something that is commercially attractive to the RSP “but also provides assurance to users that they won’t be congested at peak times, and is good value for NBN”.

He called the convergence of these three aims the “sweet spot” for the current pricing consultations.

Should NBN Co not hit the mark with the new price offer and construct, the ACCC is waiting in the wings, threatening additional regulation.

However, the ACCC has indicated it will let the pricing consultation run its course before deciding whether or not to intervene.