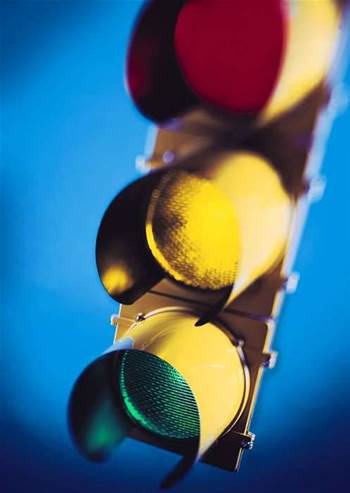 Moves ahead with controversial bid to stretch its remit.

NBN Co could start connecting “industrial systems” like IoT gateways and traffic lights as soon as the end of this year, with technical trials already underway.

The network builder revealed overnight that it had already commenced a “technical trial” to test the suitability of its Ethernet bitstream service to provide connectivity to traffic light control units.

The technical trial began at the start of March this year and is expected to run until the end of this month.

The company also revealed plans to commercialise services to “non-premises locations” as early as Q4 2017.

This would only be “phase one” of its ambition for the new service, but it would cover “industrial systems such as traffic lights, camera systems, IoT gateways etc”, NBN Co said.

The company’s ambitions to service “non-premises infrastructure” were first revealed by iTnews in October last year, following an appearance by NBN Co representatives at the Broadband World Forum in London.

But principal technology officer for FTTx Daniel Willis also acknowledged at the event that servicing industrial infrastructure was at odds with NBN Co’s current statement of expectations.

It was unclear what had changed in the six months prior to allow the company to move forward in servicing this type of industrial infrastructure.

The current statement of expectations does permit NBN Co to “compete and innovate like other companies in [the market] environment in accordance with legal and policy parameters", though it does not specify whether this applies to non-premises infrastructure and systems.

However, Infrastructure Australia had previously raised the prospect of traffic light systems being underpinned by the NBN as a way to improve real-time feeds of traffic congestion in Sydney.

NBN Co is already able to use its network assets to provide backhaul to cell site towers; however, to date, users of this service have co-located equipment on NBN fixed wireless towers, meaning it is not using its network to specifically service any non NBN owned tower.

NBN Co’s ongoing attempts to diversify beyond servicing just homes and businesses – years before it will finish that job – are likely the result of sustained pressure on the company to prove it is economically viable.

The company’s pricing structure and constructs remain under pressure as the majority of home and business users sign up to the lowest speed tiers on offer.

That is keeping NBN Co’s average revenue per user (ARPU) flat, and casting serious doubt over NBN Co’s forward revenue projections. It also threatens to derail the way NBN Co had hoped to pay for the upkeep of the fixed wireless and satellite portions of its network.

Assuming it has the green light from its shareholder ministers, moving to service non-premises infrastructure could provide NBN Co with a new avenue for growth.

NBN Co did not outline how it plans to progress any non-premises offerings beyond phase one.

However, the Broadband World Forum talk raised the prospect of NBN Co offering wholesale compute and storage services in the future.