Vodafone first to sign up for NBN mobile backhaul 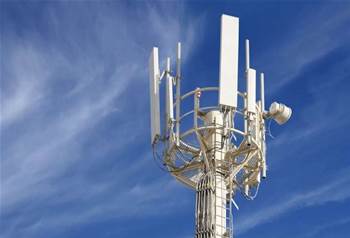 Vodafone has emerged as the first commercial customer for an NBN product that enables carriers to take advantage of NBN’s transit network for backhaul.

The mobile telco today said it would co-locate antennas on an NBN fixed wireless tower in Molong, a small town in the NSW central west, and use the existing backhaul running to that site.

The new base station infrastructure is being deployed as part of phase one of the federal government’s mobile blackspot scheme.

Vodafone said it would “bring 155 kilometres of additional mobile phone coverage” to the area, covering around 860 homes.

However, more importantly for NBN Co, it’s the first commercial customer for the company’s cell site access service (CSAS) product, which was fast-tracked to availability more than a year ago.

NBN Co started technology trials of CSAS back in 2014. At the time, Vodafone was the only known tester of the service, but up until a few weeks ago iTnews understood it had yet to commercially commit.

“In this instance, [Vodafone] has installed an extra set of antennas on the Molong NBN fixed wireless tower and used the NBN CSAS product to carry the mobile voice and data signals back to the NBN point of interconnection in Dubbo,” NBN Co said in a statement.

In a hint to other telcos – particularly those that have won much larger slices of the blackspots funding – NBN Co said its CSAS product “offers additional potential for operators including other wireless applications such as deployment of wi-fi or small cell coverage".

While the first commercial CSAS user has been a long time coming, it’s unclear how much opportunity there is for others to repeat Vodafone’s deployment model.

NBN Co confirmed earlier this week that it has reasonably substantial tower assets within zones covered by the mobile blackspots scheme.

“From round one of the blackspot program, from a total of 499 locations there are 203 fixed wireless base stations … within 10km of a blackspot location,” NBN Co said, noting 198 of the towers were ready and five were planned.

“From the announced locations in round two of the blackspot program, from a total of 266 sites, there are 41 NBN fixed wireless base stations within 10 km of the location.”

NBN Co does not require a CSAS user to co-locate on its fixed wireless infrastructure.

NBN Co CEO Bill Morrow told a supplementary estimates hearing late last year that “if a mobile carrier wants to build that in a blackspot area, we can provide a broadband service into that tower to give them a service competitive with the alternative".

It is understood that NBN Co will run new transit links to non-NBN towers, as long as the mobile operator picks up the cost.