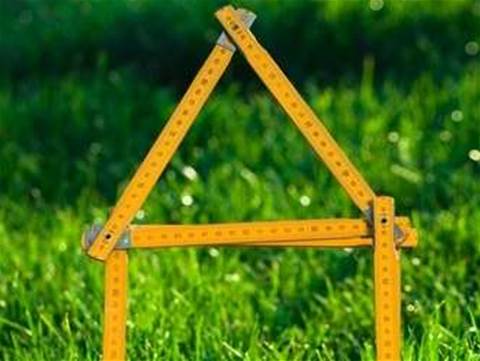 Price flexibility while other rules relaxed.

NBN Co is set to be given more flexibility to set prices and compete for business in new housing developments under draft policy changes floated by the government.

The government issued a new draft telecommunications in new developments (TIND) policy on Monday in response to issues NBN Co said it had with winning infrastructure deployment jobs in new estates or apartment blocks.

Through the review, NBN Co asked the government for more flexibility to set its own prices when bidding for work, and to impose limits on charges that private sector rivals could impose.

The company accused some of its rivals of giving housing developers very cheap upfront pricing and then recouping the difference from residents in the form of a first-time connection charge.

Under TIND changes flagged by the government Monday - and assuming that they pass industry consultation - NBN Co is set to get most of what it wanted.

Fees chargeable by NBN Co under the new TIND will become “caps” rather than set amounts.

NBN Co will also have flexibility to charge “other amounts to provide additional services (such as expedited installation). In this case, NBN Co may charge above the cap.”

Rivals that transferred upfront costs on developers into a backended cost on residents of new estates will not be prevented from doing so in future, but there will be an enforced cost limit on the practice.

“Where a carrier other than NBN Co seeks an end-user contribution (possibly referred to as a connection charge) from a retail carriage service provider or a retail customer, it should publish the charge on its website,” the government said.

“Carriers should not charge end-users more than the relevant published rate.

“The maximum end-user contribution charge is set by this policy at $500.

“The government will monitor carrier compliance with these aspects of the policy and will consider further regulation if warranted.”

In the old TIND policy, this was used to determine whether the provider of last resort to a development should be NBN Co or Telstra.

While NBN Co had to “consider” extending its fixed line network to developments less than 1km away from existing service boundary, this could be overridden if - for example - the area was already serviced by Telstra.

With Telstra out of the frame - and NBN Co now the sole provider of last resort - it is still being asked to “consider” using fixed-line technology in the first instance, but to also keep records of where it does not.

“NBN Co will need to consider whether it is cost effective for it to install fixed-line infrastructure,” the draft TIND policy states.

“It must keep records where it decides not to use fixed-line infrastructure, including its reasons for not using such infrastructure, and must make those records available to the Minister on request.”

The government also said it would no longer make rules or otherwise intervene in cases where the network of an existing private operator was overbuilt by NBN Co.

NBN Co has been able to overbuild existing networks in very limited circumstances and with a high bar set to have the jobs approved.

But the new draft TIND policy proposes a more hands-off stance from government in this regard.

“There will be no special rules relating to the competitive provision of telecommunications infrastructure in new developments or overbuilding of one network by another,” the draft policy states.

“In an open and competitive market like Australia’s, where developers are free to choose which carrier they wish to use and carriers are generally free to make commercial decisions, such rules have no merit going forward.

“To the extent market circumstances dictate an area is most efficiently serviced by one fixed-line network, this should be the outcome of normal commercial forces and does not need to be mandated by government policy.”

The new draft TIND policy is out for industry consultation until June 8.