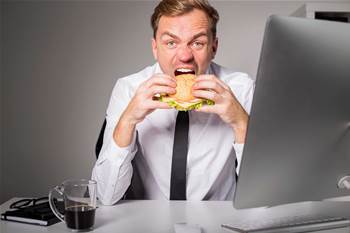 As rivals keep eating its lunch.

NBN Co has launched a bid to set its own prices to deploy telecommunications infrastructure to new housing developments, a reaction to it being increasingly undercut by rival operators.

The government is currently reviewing its Telecommunications in New Developments or TIND policy for the first time in five years.

Under the TIND policy, property developers can choose a company to provide telecommunications infrastructure to their development, or simply go with the provider of last resort (POLR), which is NBN Co for developments 100 lots or more, and Telstra for less than that.

NBN Co, however, is facing increased competition in the space, to the point it is now finding it difficult to win over developers.

This is said to be the result of upfront charges and commercial inflexibility it is subjected to in the current TIND.

However, NBN Co’s use of copper, instead of fibre, to serve some new developments has been unpopular, and is likely to also be a factor in its greenfields woes.

NBN Co elaborated on the situation it now finds itself in in a submission to the TIND review.

The company said it must presently charge developers a fixed price per lot, regardless of the size of the development, meaning no economies of scale can be factored in.

“Alternate providers do not have the same price and commercial restrictions, meaning they have a commercial advantage over NBN Co.”

That isn’t entirely true - or at least should not come as much of a surprise. Developers have always been extremely price sensitive, and often went with a least cost option going back a decade or more.

NBN Co also said that it was forced to meet higher network quality-of-service standards than rivals, and that rivals could cherry-pick “high value” jobs because NBN Co could not drop its prices or at least change its price structure.

Price structures appeared to be a particular sticking point for NBN Co.

The company accused some of its rivals of giving developers very cheap pricing and then recouping the difference from residents in the form of a first-time connection charge.

“This practice is advantageous for developers who are able to secure the provision of telecommunications services in their developments for less than what NBN Co would charge,” it said.

“However, end users foot a disproportionate cost for infrastructure.

“NBN Co does not believe it was the TIND policy’s intention to increase costs for end users to access telecommunications services. nbn

NBN Co called on the government to cap connection charges in a bid to stamp out the practice.

But more broadly, NBN Co said it wanted to be wholly or partially freed from the current commercial structure of the TIND policy.

It’s “preferred position” is to be afforded “full commercial flexibility and discretion to set charges (if any) for servicing new developments, that recover its efficient deployment costs, and provide an agreed commercial rate of return.”

However, if this proved unpalatable, the company sought at least “some commercial flexibility”, in particular “to charge an amount within a range, based on build type, economies of scale and cost to deploy infrastructure.”