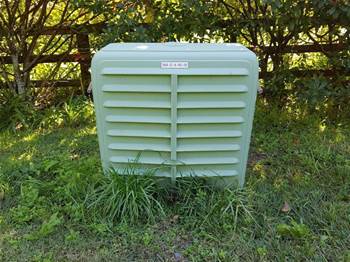 Only 1 percent of boxes are serviceable.

NBN Co has finally revealed the extent of problems caused by its use of ‘micronodes’ in the fibre-to-the-node footprint, with just 16 of the 1423 boxes currently in service.

On NBN Co’s own estimates of an average of 29 premises connected to each micronode, almost 41,000 premises around Australia will still need “additional work” before their connection via micronode becomes serviceable.

Micronodes, as the name suggests, are smaller versions of the node cabinets being deployed across Australia as part of the FTTN rollout. They service a smaller number of premises, particularly those a long way from a full-size node cabinet.

However, those that have been connected through a micronode so far have been unable to order an NBN service, despite many being in areas declared ready for service (RFS).

Affected users have for many months used a Whirlpool thread – now over 83 pages – to detail their experiences and attempts to get answers from NBN Co on why micronodes could not be set live.

NBN Co has never disclosed the cause of the problem with its micronode deployment.

He first alleged it was “something we’re still working through”, before admitting the company was "very aware of what the issues are behind this”. He would not elaborate.

As a percentage of the total number of premises that are RFS – NBN Co announced today that one in two premises in the rollout can now order a service – the issue could be considered a small one, but figures released over the weekend confirm that the whole micronode footprint is essentially inoperable.

Queensland is the worst affected state, with all 430 deployed micronodes unable to be switched on. NSW isn’t far behind, though it has the most ‘live’ micronodes – nine of the 320 deployed. 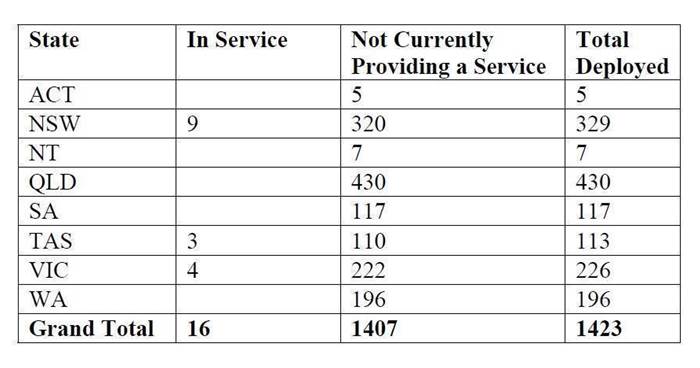 Premises affected by micronode issues are understood to be covered by the service class zero (SC0) or equivalent figures reported weekly by NBN Co. These numbers have climbed substantially in recent weeks, now topping 253,000.

Those with micronode-based connections previously received notification that NBN Co “anticipate [premises] will be able to connect from March 2017".

NBN Co’s official line now is that it “expects deployed devices to be switched on progressively throughout the year”.

It is unclear whether NBN Co is continuing to deploy micronodes as part of its FTTN rollout, given the current issues bringing them online.

The network builder has spent the past few months reducing the number of premises set to receive FTTN, pulling many across into the forthcoming fibre to the curb (FTTC) footprint.