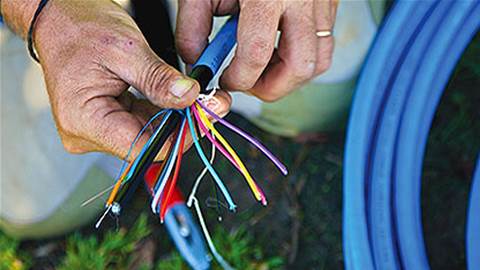 Unclear what they should be.

NBN Co’s connection and repair timeframes and keeping of appointments “need to improve beyond what is being currently offered”, a report released by the government says.

That will mean subjecting NBN Co to “wholesale connection, repair, and appointment keeping timeframes and establishing overall penalties where aggregate benchmarks are not achieved,” the Department of Communications-prepared report states.

However, the nature of those proposed timeframes is unclear.

While the department floated some proposals a year ago - including connections and repairs to be performed in a handful of days, and customers notified in advance if appointments are to be missed - these are not repeated in the final report released today.

According to the department’s report, “Mandatory wholesale connection, fault repair and appointment keeping rules and associated benchmarks should be introduced during 2020.”

“The department notes that concerns raised in submissions around timeframes were only articulated at a high level, and that more granular data or analysis will be needed from industry to help inform the detail of final decisions on this issue.”

Also missing is any indication of the extent to which the government has agreed to implement the department's recommendations.

“The report’s recommendations are designed to support Australians to get and stay connected to fixed voice and broadband services,” Communications Minister Paul Fletcher said in a statement.

“I have asked my department to work closely with industry, consumer groups and regulators to progress this work.”

The department’s report suggested there was no useful precedent or benchmark available to baseline timeframes, given the complexity of NBN Co’s multi-technology mix (MTM) architecture.

“While there are some precedents for repair and connection timeframes in the sector, these largely represent Telstra’s approach to managing a national, predominantly copper network, whereas NBN services are delivered across Australia using seven different access technologies.”

As such, it appears timeframes could be altered to accommodate NBN Co’s final rollout push, and to give technicians more time to reach premises outside of metropolitan areas.

“Wholesale connection rules and benchmarks should be set in a way that accommodates the high volume of connections which will occur up until early 2022 as the NBN migration process concludes,” the report says.

“Wholesale timeframes should [also] be set to recognise issues of geographic remoteness and provide for reasonable industry travel time.”

There are several concurrent regulatory processes underway that more or less address aspects of the same issue of NBN Co’s service standards.

NBN Co wants to be left alone to continue to define its own standards, largely via its wholesale broadband agreement (WBA), a new version of which is presently being drafted.

The department appears to express doubt that WBA4 will go far enough. “A key issue will be whether this process results in material changes to service levels and performance incentives,” it said.

Then there is an Australian Competition and Consumer Commission (ACCC) inquiry into service standards, which recommends (among other things) fining NBN Co for tardy or faulty connections and repairs, and for missed appointments.

The department’s own push for standards differs because it intends to “formalise wholesale connection, repair, and appointment keeping timeframes and establish overall penalties where aggregate benchmarks are not achieved, while the ACCC has proposed a per service wholesale daily rebate scheme when existing timeframes are not met.”

Under the department’s final recommendations, retail service providers (RSPs) would also have to lay out “timeframes for connections and repairs, and associated remedies” at the point of sale.

However, the department decided against an earlier recommendation that would have forced RSPs to supply a backup service that could switch on automatically if the primary NBN connection went down.

Some RSPs already offer this as a point of differentiation in the market, and the department agreed it could remain as such.