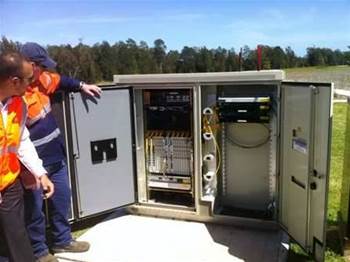 NBN Co has revealed that over half of the 9274 applications it has received to date for a user-pays connection upgrade came from users in its fibre-to-the-node footprint.

The new release of numbers for the ‘Technology Choice’ program, which allows users to apply - and pay - to upgrade their own connection technology, answers some long-running questions about the program but not others.

Overall, NBN Co has received 9274 applications under its Technology Choice program, of which 2998 - about 32 percent - progressed to quote.

Unfortunately, the new numbers do not then show how many of those 2998 quotes were approved by applicants and progressed to build.

However, there are indications that a sizable proportion of quotes do progress; NBN Co said it had collected $24 million for “builds completed” out of a possible $40 million in quotes.

That is likely to point to an improvement in the conversion ratios on technology choice, though these have historically been hard to track, and these challenges continue.

Back in 2017, and for FTTN to FTTP upgrades only, 2.4 percent of applicants under technology choice actually ended up shelling out for the upgrade.

Another way of looking at it from the same 2017 numbers is that around 25 percent of quotes were progressed.

The latest numbers, although incomplete, show that the conversion rate on both counts is likely to be substantially higher.

Unlike past releases, the new numbers also do not show what technology that applicants wanted to move to, instead only showing what footprint they were originally - and may still be - in. 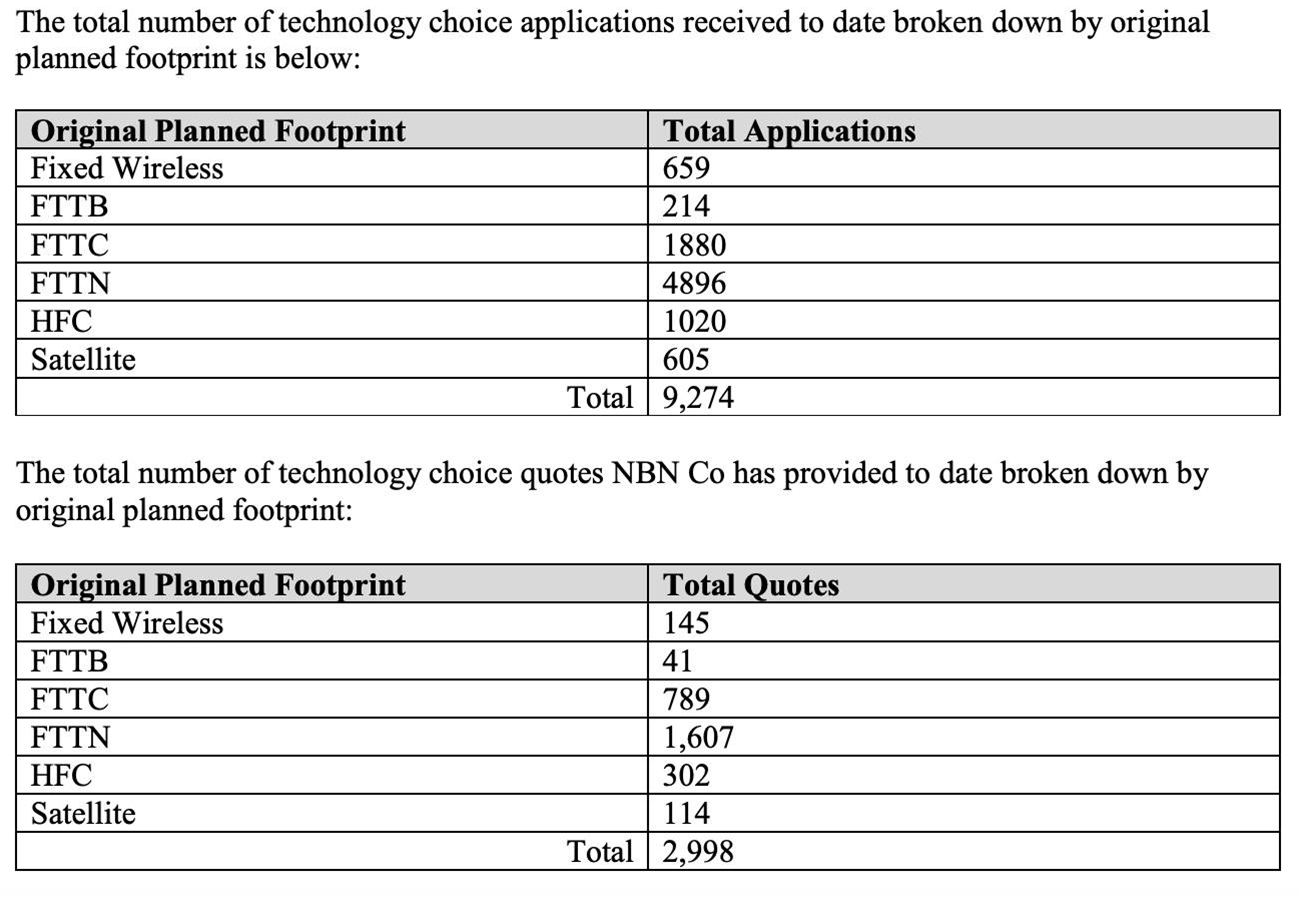 There were also a small number of fibre-to-the-basement (FTTB) users that sought upgrades.

Not including quote generator boon

Though they are undated, the new Technology Choice numbers are understood to be accurate as of November 2020.

That would mean the numbers do not take into account any applications made when NBN Co launched an instant online quote generator for Technology Choice at the end of last year.

NBN Co disabled the quote generator after a fortnight, saying it had resulted in a large number of complex upgrade applications that it needed to work through.

That means the 9274 application number is likely to be overly conservative, and the current (February 2021) figure much higher.

Additional information was being sought from an NBN Co spokesperson at the time of publication.

NBN Co is set to spend $2.9 billion upgrading about half of all FTTN connections to full fibre.

It will continue Technology Choice in the meantime, in the hope that some users either won’t want to wait for a free upgrade, or take their chances, since only one in two users will ultimately qualify.

The rules on how FTTN users can qualify for a free upgrade are currently being debated internally at NBN Co and with retail service providers (RSPs).