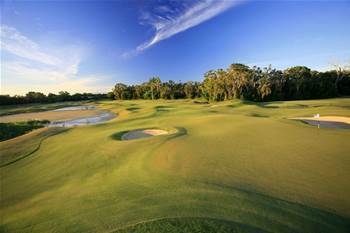 The Queensland government has blasted NBN Co’s discontinuation of its three-year construction plan, saying it is “unacceptable that a national project is not reporting publicly" on its progress against the plan.

In a submission to the joint committee on the NBN, the state government said the lack of data made it difficult to make policy decisions, and was stalling investment.

NBN Co pulled the pin on its three-year plan in late December after just one iteration, incorporating some of the data into its online maps instead.

But data in NBN Co’s maps “does not provide a transparent, holistic rollout schedule for the state which could be analysed by jurisdictions,” the Queensland government said.

“The lack of such information inhibits gap analysis, and future digital infrastructure planning and investment decisions,” it said.

The state government suggested the decision to abandon the formal three-year plan ran counter to NBN Co’s statement of expectations, “which requires the release of updated construction plans on a regular basis”.

The elasticity of the statement of expectations has been further tested in recent days by NBN Co’s decision to service “non-premises infrastructure” like traffic lights and IoT gateways.

The state government also suggested that the lack of a three-year plan could be inhibiting private sector investment, including by retail service providers (RSPs), impacting NBN take-up rates.

“The Queensland government suggests that a forward NBN construction plan is required to facilitate incumbent RSPs to progress required upgrades and maintenance,” it said.

“A forward plan would also enable complementary parties to plan for services that might increase the uptake [or] use of the NBN”.

The state government also called for additional data to be published, including contention ratios for the various NBN RSPs “so that consumers may make an informed choice about the expected performance of the RSP’s broadband service”.

It also sought “regular publication of performance metrics of NBN services” such as availability and fault restoration times “to increase public confidence in the NBN”.