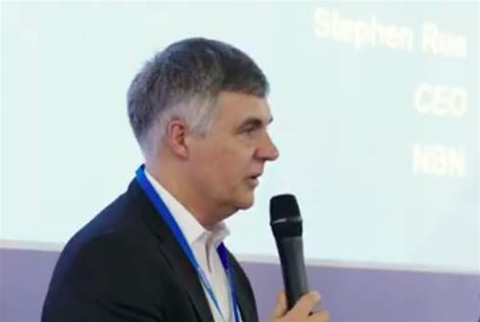 NBN Co claims Australia could rate as high as 13th in the world post NBN rollout for broadband - ahead of New Zealand and the UK - as long as its own measure of success is used.

However, its ability to achieve a ranking of 13th is also predicated on "other countries' average speeds remaining the same" as they are today.

"Many countries are currently upgrading their own broadband infrastructure, so Australia’s ranking may improve by a smaller amount," the report authors AlphaBeta said. [pdf]

iTnews revealed exclusively last week that NBN Co would launch the report to “debunk” country speed rankings by the likes of Akamai and Ookla, while offering up its own broadband speed ranking system.

A graph from the report showed Australia presently ranked 22nd out of 37 countries AlphaBeta considered to be "comparable" to Australia. This cohort was defined as "major OECD economies with a population larger than 3 million and high quality data available."

By contrast, "Ookla's ranking is out of 178 countries. Most of the countries below Australia in Ookla are small or developing countries for which subscription speed data is not available, so the rank of 22 out of 37 is an improved position relative to 59 out of 178," the report argued.

This ranking of 22nd was then adjusted with what AlphaBeta determined to be the "levels of access to fixed broadband" in each of the 37 countries; Australia's rank improved to 17th out of 37.

The report extrapolates that Australia could rank as high as 13th in the world by the end of the NBN rollout under certain conditions, such as that other countries' average speeds do not improve.

The report isn't based on actual speed measurements. Instead, a user's speed is considered to be the NBN speed tier that they purchased for their line.

"Australia’s ranking would rise even further if the maximum technical capacity of the broadband technology were accounted for," AlphaBeta said.

"In this case, Australia’s ranking would rise as high as third compared to major economies."

NBN Co criticises other third-party rankings for their sample sizes and the extent to which they factor in availability of services.

German language IT publication golem.de reported comments by Rue to the effect that measuring the success and value of the NBN was about more than about megabits per second speeds.

A brief excerpt of one of Rue’s presentations at the event was also released by the Broadband World Forum.

“By everybody having access to what I think is a human right, actually, of high-speed broadband, quite frankly is something that I think governments can learn from what the Australian government has done,” Rue said.

Rue’s comments on inclusion come at an interesting time, given the company is facing an Australian Competition and Consumer Commission inquiry into broadband affordability, particularly focused on the expense of entry-level services.