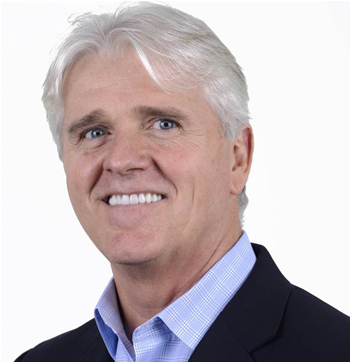 NBN Co CEO Bill Morrow will not see out the completion of the network build, revealing plans to leave by the end of the year.

The shock move comes as the company prepares to “confront … new challenges”, widely rumoured throughout industry to be a large-scale shift away from HFC, although this is yet to be confirmed.

If Morrow sees out the year, he will have been with the network builder for four years and nine months.

However, the network will only be around 80 percent complete, assuming the company is able to meet its corporate plan targets.

“I believe that as the company prepares to confront the new challenges ahead, this is the right time to hand over the reins for the next phase of this incredible project and for me to plan for the next step in my career,” Morrow said in a brief statement.

Morrow took up the CEO role at NBN Co in December 2013, switching from Vodafone Australia where he had overseen the mobile telco's transformation following the Vodafail scandal.

He led NBN Co through a major change of its own, as the Coalition government shifted the network to a multi-technology mix (MTM) of fixed-line access technologies, instead of the previous government's majority FTTP.

The MTM has been plagued with problems, including:

The company also endured a particularly tumultuous back half of 2017 in which Morrow openly warred with RSPs and admitted the company may never turn a profit.

That warring continued through the negotiation of the third wholesale broadband agreement, and while RSPs signed on, those responsible for 88 percent of all services were unhappy enough to press for a regulatory inquiry, which is now underway and could cause NBN Co to lose control over some of its wholesale terms.

However, the company appears to have turned a corner in improving customer experiences on its network, and Morrow highlighted this in a letter sent to employees this morning.

He paid tribute to the company's employees and partners, saying he had "witnessed a team of like-minded individuals pull together and overcome obstacles in the face of adversity like nothing I’ve ever seen before".

"What raises the goose bumps is knowing who you are, how you work together, and what you stand for," Morrow wrote.

Morrow said his role had been "challenging, relentless, and ... sometimes frustrating but never has there been a time that I wasn’t proud to be a part of the NBN team".

He sought the company's continued backing to "improve the customer experience for those touch points we control" and to continue advancing the build in a cost-effective manner.