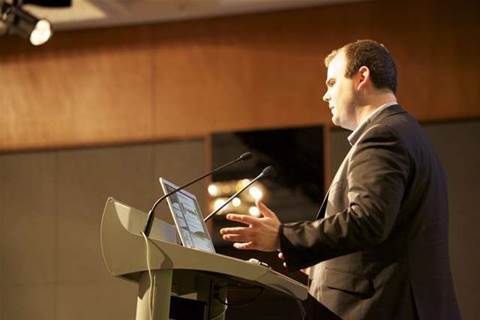 National Broadband Network architect NBN Co has opened a new front in the debate about the future of high-speed networks in Australia, asking service providers to consider the confidence the $43 billion network would bring to dealings with their customers.

Speaking at the annual Australian Network Operators Group conference in Sydney to a Who's Who of ISPs, NBN Co product engineer Tom Sykes (pictured) laid out plans to offer them greater confidence and control over their networks as they ran over the internet infrastructure under construction.

Sykes emphasised how the "best-efforts internet" was unsuitable for modern applications such as video and social media and how safeguards built into the network would give real-time status updates that providers could rely on with confidence when supporting or selling to customers.

Retail providers would have tools to tell them what was happening on the network and if, for instance, there was a fibre cut exactly where that was.

"So you know exactly what's happened, which services were impacted so you can contact your end users," Sykes told delegates.

"If the end user unplugs their modem you'll get an alarm on your equipment. If there's a fibre cut that affects 3000 customers, you'll get alarms for each of those customers."

Although this was a long-term strategy, it was "really important for business services", he said.

What you pay is what you get

Gone will be the days when customers signed on to an expensive internet service only to find that their real-world mileage was far below what they were nominally entitled to, he said.

And providers would be able to market their services with surgical accuracy, knowing what products and services were offered down to the individual premises, instead of relying on inaccurate measures such as postcode or exchange location.

"[Today] you're trying to make a commitment to your customer and you can say, 'in theory, you could get DSL'."

"There's no real-world performance test of the line, it's really difficult to make, especially for a high-end service, an absolute commitment to a customer."

But with the NBN, he said, retailers "can make an absolute commitment" to their capabilities: "And these are real-time checks".

"From a customer expectations point of view we think this will help [sell services] quite a lot."

And although the network would work with today's internet protocol addresses that assigned unique numbers often only to whole networks, the NBN was geared to the next-generation IPv6 that would from next year provide a unique identifier to each of the internet-connected devices in an expected avalanche, he said.

Better YouTube experience and "jet packs" for Australians, next page.