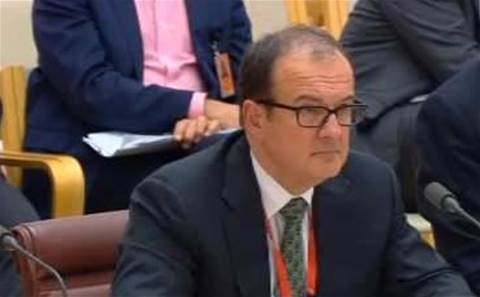 Don't expect one for a decade.

Australian internet users given a fibre-to-the-node connection under a rebooted NBN scheme are unlikely to see the last-mile upgraded to fibre within a decade, according to NBN Co's acting chief Ziggy Switkowski.

Appearing before a Senate Estimates committee yesterday, Switkowski challenged in-market assumptions about fibre-to-the-node (FTTN), including whether it is simply an interim step on a long-term path to fibre-to-the-premises (FTTP).

Quizzed by Greens Senator Scott Ludlam on how much of a FTTN network could be reused in an FTTP scenario, Switkowski responded: "I think before that question you'd have to contemplate what is the outlook for a fibre-to-the-node architecture and at which point and for what reason would an upgrade be advised."

"There you get back into the discussion of...what is the outlook for an FTTN network and can it for a considerable time satisfy the needs of Australian users?" he said.

Switkowski pointed to the technology roadmap for FTTN — laid out by Alcatel-Lucent and others — which boasts potential gigabit speeds if trial technology is proven to scale.

"Maybe I would rephrase the question," Switkowski advised Ludlam. "'Do you think for the next decade — which is probably as far as one can think reasonably — there will be a situation where a significant upgrade from FTTN to FTTP will be justified and required?'

"There's a good chance the answer to that is 'no'."

Customers will still be able to pay their own way to a last-mile fibre connection.

Switkowski also warned against putting too much weight into arguments for higher internet speeds that are predicated on the assumption that the speeds will be justified by as-yet unthought-of applications.

"We've got to be very careful about making decisions today that have associated with enormous cost and execution challenges because we think that in ten years time there are going to be particular applications that will require just that form of delivery," he said.

"Reasonable people may do that but you'd better wrap around that a whole lot of ability to be flexible and to change your mind almost annually."

A formal decision is yet to be taken on the extent to which FTTN will play a role in the rebooted NBN architecture.

"It is important to remember that no option has been taken off the table for NBN," Switkowski said. "In fact, NBN has been given more flexibility to apply best-fit technology to the network."

Though Switkowski is officially awaiting the results of the strategic review before deciding on the access technology mix, the likelihood of a continuation of FTTP — even should the review favour it — is unlikely.

Ludlam: If the result of your reviews comes back that actually a wholesale, open access FTTP network is the most economic option, are you honestly of the view that you would be free to pursue that course of action?

Switkowski: Well I'd certainly be in a position where I'd have to prosecute that case pretty energetically. [Ludlam laughs]. That kind of conclusion would run against the evidence everywhere else, but we'll wait and see what the analysis produces.

Switkowski skirted a challenge by Senator Ludlam to put ballpark figures on how much it might cost to bring Telstra's copper network up to FTTN-grade and to maintain it at that level.

NBN Co's chief said that although he could "have a stab" at the costs, he was unlikely to do so in the context of it being "commercially sensitive" information.

Switkowski: I'm very very alert to that. It will be part of the discussions we have with Telstra.

Ludlam: I could go to the financial press and quote you various estimates that are floating around there. Just give us a ballpark figure and we won't hold you to it.

Switkowski: No. Well again, I wouldn't do that. I'm not sure how well informed these estimates could be, but maybe they are.

Ludlam: Well, you could help inform the debate by giving us your estimate.

Switkowski: Senator Ludlam, it's too early in the process of engaging with Telstra for me to be able to make a judgment a) about what the numbers are, and b) about the appropriateness of disclosing them.

Ludlam: You would, OK.

Switkowski also confirmed speculation around when NBN Co would likely be in a position to begin deploying FTTN at scale, should that be recommended by the review.

"Assuming that it's properly planned and is an outcome of the strategic review, the transition to a fibre-to-the-node architecture will take most of next calendar year to execute," he said.

"We'll be building fibre-to-the-premises...well into next year and then you could say the starting gun will be fired for fibre-to-the-node at scale, and that will be quite late next year."