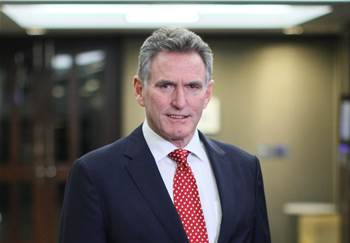 The National Australia Bank has today named Ross McEwan as group chief executive and managing director, and he immediately pledged to accelerate change at the Bank.

“It is essential that I protect and accelerate the bank’s transformation program,” McEwan said in a statement. “It is a privilege to return to Australia and lead NAB at a crucial time for the bank, its customers, employees, shareholders and the broader community.”

MCEwan comes to NAB from the CEO's chair at Royal Bank of Scotland (RBS), where he served from 2013 to April 2019.

iTnews' research into RBS' IT during that period turned up news of numerous outages, possible data loss and job cuts.

UK-based IT news source The Register also reports that the bank plans to shed 900 IT jobs by 2020 - around 40 percent of its London-based IT staff - in a bid to become a “simpler, smaller bank”, despite announcing in 2017 that it would be closing a quarter of its branches (and slashing a further 680 jobs) due to customers’ increasing preference for online banking platforms.

UK trade union Unite, however, linked the closures and culls to a failed £1.8 billion (A$3.19 billion) IT project, which RBS refuted by saying the closures are a result of its inability to find a buyer looking to take over the branches.

NAB is no stranger to significant outages either, repeatedly drawing the ire of the Reserve Bank of Australia for the instability of its digital services and its slow progress implementing real-time transactions on the New Payments Platform.

McEwan, also a former Commonwealth Bank executive general manager, is set to join NAB by April next year, and has flagged a particular interest in the bank’s transformation efforts.

He also highlighted potential improvements to the bank’s performance in business banking, agriculture and health, and customer service.

Attention to service uptime will be increasingly important, not just as customers become more reliant on online banking, but as the RBA looks to start fining laggards and lawyers angle themselves to chase financial compensation claims on behalf of outage-affected businesses.

“The community also expects a higher level of accountability and transparency from the banking industry,” he added as a possible nod to his predecessor Andrew Thorburn, who resigned in the wake of the financial services royal commission.

NAB’s chairman-elect, Philip Chronican, said McEwan is an “ideal leader” for the bank as it seeks to transform its operations and culture regarding products, experience and customer service.

“Ross brings a compelling range of experience across finance, insurance and investment with a track record of delivering important and practical improvements for customers.

“RBS has been through many of the same challenges which NAB now faces around culture, trust and reputation.”

McEwan's appointment at NAB is subject to regulatory approvals.