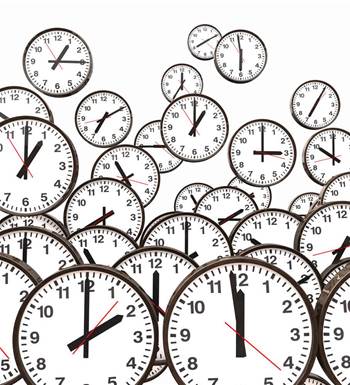 The National Australia Bank is four years into a multi-billion dollar technology transformation that touches just about every part of the bank’s business.

It’s a transformation that — prior to mid-2012 — was largely not discussed in public circles, at least until the bank had some runs on the board.

But over the past six months, the bank's technology executives have given iTnews valuable time and insights into this long and complex project.

Originally announced in 2008 and expected to be complete within five years, the NAB now says it is three years into a "ten-year" transformation journey.

With key deadlines approaching and an update scheduled for mid-March, iTnews felt it pertinent to ask why this goal post keeps moving.

What is NAB attempting to achieve?

NAB’s core banking applications sit on legacy mainframe systems that were developed as far back as the 1950s.

When new features were required, they haven’t always been suitable to deploy on this core — so the bank’s IT team has added them incrementally on more modern hardware and software platforms over time. The many connections or integrations within those systems have required a team of software developers to manually configure and manage. This has complicated future upgrades further still.

As customers seek to perform a greater share of banking transactions through online interfaces (web, mobile), the strain on these ageing systems has started to show. Some 1.3 million NAB customers log on to nab.com.au every day, half of which are mobile, processing some $250 billion worth of payments.

The bank’s transformation program aims to “reduce our risk by replacing our legacy, ageing, bespoke systems, replacing them with industry-standard solutions that have upgrade paths built into them,” Adam Bennett, executive general manager of enterprise transformation at NAB told a CEDA conference in Sydney late last week.

The bank signed an agreement with Oracle whereby the latter will use NAB as a model for building a standard software suite for banks — based largely on Oracle's existing middleware and application suite.

Further, NAB has signed an IT infrastructure deal with IBM for the hosting of its systems, and a lease with Digital Realty to house these computing platforms in a purpose-built data centre.

NAB chief technology officer Denis McGee, charged with “removing a lot of the legacy we built into the organisation over the last 40 years", has been at great pains to detail the complexity of the project.

“To give you some perspective, in November, we decommissioned a system with 30 to 40 year old code in it and no documentation around it," he said. "That’s what we’re engineering out of the organisation.”

The National Australia Bank’s tech transformation affects all layers of its supply chain.

Like many enterprise transformations, the bank feels a new data centre is key to this future.

NAB’s applications were running in 20 ageing data centres — some the size of broom closets in high rise buildings — a legacy of the bank's acquisitive years. These facilities have been responsible for over 40 percent of the bank’s total power consumption.

One of the NAB’s larger facilities in East Melbourne is close to 25 years old, and re-cabling it for today’s requirements alone was costed at around $30 million to $40 million.

“There were four or five proposals to upgrade East Melbourne data centre over the last ten years,” explains McGee. “The current leadership made a good call to finally get out and move to a new data centre.”

Last month, the bank began moving its racks and firewalls into a new state-of-the-art data centre in Deer Park, Melbourne, which the company will lease from Digital Realty.

Gradually the bank intends to decommission its 20 older computer rooms down to just two — keeping only its existing facility in Knox, Victoria and the new facility in Deer Park.

The PUE (power usage effectiveness) of the new facility is expected to be 1.3, compared to a current NAB average of 2.5. This consolidation effort is expected to reduce data centre power consumption by some 40 percent and save the bank $22 million over seven years.

The bank has also taken a new approach to ownership of the IT infrastructure within this new facility.

The IT infrastructure deal with IBM keeps capital costs off NAB’s books.

The bank can “dial server, storage and network infrastructure up and down on-demand” and only pay for what it consumes, McGee said.

The longest, riskiest and most complex part of the transformation is the overhaul of NAB’s core banking system.

In 2008, the company announced a core banking platform that will allow it to retire 100 legacy systems.

“It spells the ends of our legacy systems,” Bennett said. "It integrates all layers of our banking —the customer-facing systems, our middleware, our manufacturing layer, our enterprise layer — our finance and risk systems — and that means we won’t have to worry about integration.”

The company has set up a standalone online direct channel bank, uBank, using the new Oracle platform, and has migrated 300,000 customers onto it.

But the bank’s technologists estimate it will take another five-to-seven years to migrate the data from all its legacy core banking systems onto the NextGen platform — and will therefore be four or five years later than originally anticipated.

Read on for progress on the transformation so far....