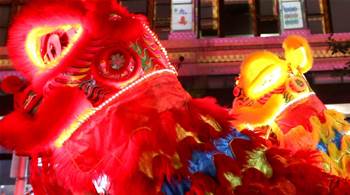 Retail bank NAB has revealed a deal to plug Chinese payments behemoth Alipay into its Australian payments processing network, as the institution seeks to clip the ticket on  $11 billion in inbound tourism spend and disintermediate schemes like Mastercard and Visa.

In a clear signal that over-the-counter volume from the Beijing-sanctioned payments and shopping app has just become too big to ignore, NAB said on Monday it has started Australian payment terminal trials with a view to full merchant availability in early 2019.

The deal is a major symbolic win for Alipay because it demonstrates Chinese-based payments schemes now have enough export clout to muscle into the coveted tourism and travel sector which has for decades been dominated by major credit card schemes.

Shifting the geo-political balance on global consumer payments has been a major financial ambition of China’s over the last decade, with payment apps there having leapfrogged cards in-country for everything from luxury items to street food.

“By making China’s number one payment method available to NAB business customers, we’re enabling greater customer service and providing our business customers with access to this large tourism sector which is a win-win for everyone,” NAB executive general manager of deposit and transaction services, Shane Conway said.

“This means from next year, Aussie businesses with a NAB merchant terminal can offer Chinese tourists Alipay, their preferred QR code payment method, in-store, and unlock an opportunity to promote their businesses on Alipay’s marketing platform which has 870 million active users.”

It also means that Australian retail institutions are arguably preparing their transactional infrastructure for so-called ‘life-after-cards’ when payments originate from phones and mobile wallets where users and merchants dictate the flow of funds instead of banks and schemes.

While payments upstart and now specialist bank Tyro has been offering access to Alipay for some months, NAB’s move will place pressure on CBA, ANZ and Westpac to also plug-in the Chinese platform here or cede merchant market share.

NAB has maintained a strict agnosticism in terms of alignment with global card schemes, unlike CBA and ANZ that tout Mastercard and Visa as their marquee schemes.

Regional areas are likely to be a key battleground because of the first-mover advantage of businesses being able to accept e-wallet payments from Chinese tourists keen to venture outside of shops connected to tour groups.

What’s less clear in NAB’s announcement is what kind of a deal Alipay has extracted from the bank in terms of transaction fees and currency conversion – especially after the Reserve Bank of Australia intervened to force down fat interchange fees used to bolster loyalty schemes like frequent flyer points.

The question for many Australian businesses will be what kind of a merchant services clip is tolerable to secure new Alipay transactions.

For its part, Alipay is pushing market access over pricing as the big win. While that may work well for tourists, for merchants already geared towards resident Chinese consumers like students living in Australia margins and pricing are far more sensitive.

“China is now Australia’s largest tourism market accounting for 81 per cent of the growth in tourism spend in Australia in the last 12 months. Enabling seamless payments with Alipay represents a significant commercial opportunity for Australian businesses,” Lawson said.

“This deal provides tens of thousands of merchants the ability to switch-on Alipay seamlessly and reduce friction at the point of sale for Chinese visitors, residents and students.”

It also provides a very tasty entrée for NAB to try and entice more businesses to shift their transactional accounts over to it, as well as a neat way to push existing merchants to upgrade their terminals and merchant service accounts.

NAB’s and its merchant acquiring business line will certainly welcome any good news having just roughed out a horror week that started with a nasty direct debit mishap last Monday and finished with chief executive Andrew Thorburn hosing down an internal fraud investigation.