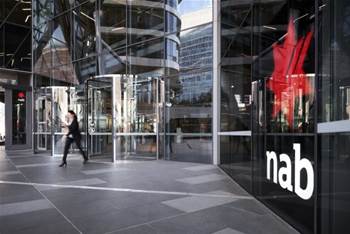 Tests how solution matches up to government's AI ethics principles.

NAB has piloted the same facial recognition technology as Westpac to allow consumers to verify their identity via a smartphone.

The bank revealed to iTnews that it tested the service supplied by Sydney-headquartered OCR Labs.

iTnews revealed in April that OCR Labs also worked with Westpac for a similar trial with its St. George Bank brand.

The OCR Labs service captures images of a physical identity document and then still images and video of the person, and matches them.

It means consumers no longer need to visit branches or produce multiple forms of ID to complete an interaction with the bank, such as opening an account or making an application.

A NAB spokesperson said the OCR Labs proof-of-concept was completed successfully in December 2020.

“NAB will continue to leverage technologies that enable us to best serve our customers, colleagues and communities,” the spokesperson added.

The technology from the pilot will be tested against the federal government’s data ethics framework, ensuring ethical outcomes when engaging AI solutions and suppliers.

The bank took part in the Australian AI Ethics Principles pilot alongside CBA and Telstra to see how it matched up in its ethical treatment of customer data.

Results from the pilot, released in a case study by the federal government last week, stated NAB was able to improve its data and AI ethics frameworks by merging processes and lifting internal awareness on ethical practices.

The bank also created ways to monitor usage for when the technology goes live and created pathways to seek guidance on ethical risks when employing AI technologies and tools generally.

The OCR Labs service is considered “a fairly low-risk use of AI” given the solution “analyses data sets to compare images with documents customers provide," the case study states.

“Despite being a low-risk application, NAB intentionally chose not to completely automate the solution‘s deployment.

“It configured the [OCR Labs] solution to refer all verification requests the system couldn’t verify to a human operator (a banker) rather than rejecting them.”

NAB monitored each verification request and continued to review the technology throughout the pilot.

The bank also kept lines of communication open between OCR Labs to ensure results could be tested and reviewed.

As part of its security and privacy polices NAB can “restrict suppliers from using captured images for any purposes other than the original purpose for which the image was supplied.”

“Often the pure machine power behind AI can lead to personal information being used in ways it was not originally intended," the case study noted.

“To protect privacy, NAB only uses personal information for purposes the customer has endorsed.”

NAB has previously experiemented with facial recognition technology on an ATM but ultimately halted work on the project.