NAB looks to keep its cloud costs in check this year 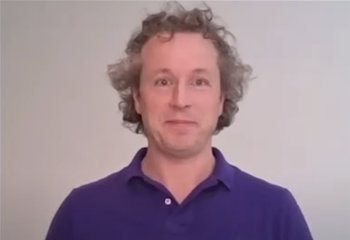 NAB is set to spend the year continuing to optimise its cloud infrastructure, "rightsizing" the instance types in use and its costs.

Cloud executive Roger Schobben told AWS Community Chats that cloud cost optimisation is already a major focus for the bank, which is now several years into an effort to migrate all of its workloads into the cloud.

Schobben said the bank’s FinOps team is “constantly on the hunt for optimisation opportunities across our cloud, whether that’s around rightsizing [or] shutting down temporarily or removing resources that are not used.”

Two groups of stakeholders internally benefitted from FinOps efforts - the application teams and senior IT management.

“As an example, for the application teams we provide weekly insights on optimisation opportunities that they can take,” Schobben said.

“On the management level, we provide information on how many optimisation opportunities we have identified within their domains and we also track how we are implementing those opportunities.

“It’s really a very data-driven, transparent approach, and with that we try to drive the right outcomes.”

Schobben said the bank also sought to train its staff in cloud cost optimisation via its long-running cloud guild.

He added that the bank is also trying to promote the use of spot instances - spare compute capacity that is cheaper to use - for production as well as non-production use cases, though he did not elaborate on how they might be put into action on production workloads.

“That will come in many forms, whether that’s implementing new cloud services on the platform that are more efficient, rightsizing or [through the] management opportunities that we see.”

Schobben also briefly touched on work underway in the bank’s network and the way it connected to AWS resources, saying NAB is implementing both AWS transit gateway and network firewall services.