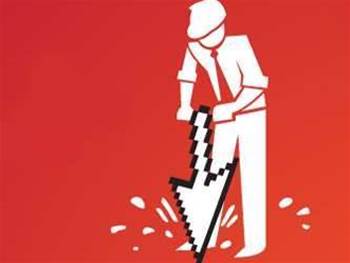 National Australia Bank (NAB) has relaunched its website in a bid to provide a simplified, more convenient online front to its customers.

Introduced yesterday, the new site featured far fewer links on the home page and a prominent search field that suggested search terms as users typed in their queries.

Prior to yesterday's launch, NAB's last major website redesign was in 2007. Existing back-end infrastructure underpinned the new site, which Smith said would be the "foundation for future upgrades".

"Customer needs have changed significantly over the past decade, with nab.com.au becoming a vital part of how we do business today," he told iTnews, noting that the site had 3.5 million visits per month.

"NAB is making continual improvements to nab.com.au," he said. "The current changes will support a series of future upgrades, over the next two years."

Official social networking pages were expected to provide customers with easier access to online advice, and allow NAB's dedicated social media team to "reach out" to those experiencing problems.

"Our customers have responded well to @NAB on Twitter and have rated the new site at an average score of 8.9 out of 10 for overall experience," Smith said.

"Ninety-five per cent strongly prefer the new site, over the previous nab.com.au," he said.

@NAB began posting on Twitter on 25 August and has already made 87 tweets, followed 529 accounts and accumulated 1,120 followers.

The bank also allows customers to bank on their web-enabled mobile phones, and has also launched iPhone and iPad applications.