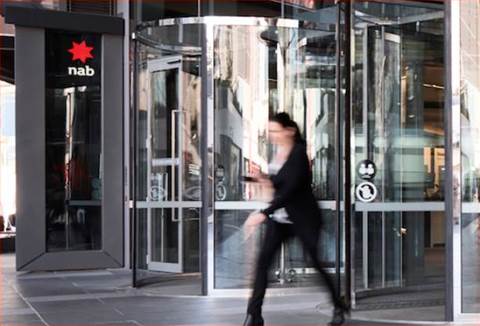 But outages reduce after horror first half.

A massive software purge at the National Australia Bank has gouged almost $500 million from the institution’s pre-tax earnings after it ramped up its cloud-driven transformation to force down expenses to compensate for $1 billion in customer remediation charges.

Any doubt that the arguably up-market Melbourne institution is continuing to go full throttle on its transformation tempo was kicked to the curb on Thursday, as NAB bowled up a disappointing full year net profit of $4.8 billion, down 13.6 per cent on 2018.

Despite the departure of its CEO Andrew Thorburn and imminent exit of outspoken chairman Ken Henry, NAB’s technology division managed to slam the door shut on a first half blighted by system outages and mishaps, with the bank claiming zero critical incidents in the second half.

Also departing NAB this year has been its cloud chief Yuri Misnik, who left unexpectedly at the end of September with the bank declining to elaborate about his departure.

But it was the mammoth $500 million junk software bill that took centre stage.

The big earnings hit stems from accounting changes flagged in September that catapulted the trigger point for software capitalisation from just $500,000 to $2 million that will now count as current rather than deferred expenses.

The low threshold of half a million dollars was widely regarded as unsustainable: many contractors and specialists routinely charge more than that in terms of their billings to banks. It also means NAB's operating expenses must go up, something investors watch hawkishly.

The change is significant, not just at an earnings level, because it will snare the bulk of agile and cloud software projects going forward, reflecting a structural change in how software is bought and built.

NAB’s well documented shift to cloud over the last few years – part of its massive transformation program announced in 2017 that aims to delete 6000 staff and then rehire 2000 technology specialists – is literally starting to bite with projects like its CRM replacement and data lake taking shape.

Interim chief executive Phil Chronican is claiming $800 million in cost savings from FY17 – a large part of which will be reduced labour expenses – as a key proof point NAB’s ‘simpler faster’ strategy that aims to shave a total of $1 billion.

Helping them leave is the growing scrap heap of legacy systems that they are no longer required to support.

NAB’s numbers show it turfed 278 “IT legacy applications since FY17” with 86 of those occurring in the last financial half year, a fall of 11 percent in total applications.

In terms of cloud, where NAB has been beating its chest, 422 apps went to the cloud, with 224 of those ported across in the last financial half (2H 19), an increase of 19 percent.

“That has been greater than we thought we could achieve. This is not about hitting a short-term goal.”

Pressed by analysts as to how customers might feel the savings in terms of service, Lennon was unequivocal savings would not come at any cost

However analysts questioned whether NAB will hit its targets, especially job reductions. Chronican urged people not to focus on FTE numbers saying that the number didn’t reflect whether temporary staff were being paid onshore or offshore wages.

Lennon said the reduction numbers were a bit behind, but that insourcing meant that figures were “a bit inflated”.

They also likely reflect labour market scarcity for IT skills, with banks looking to lock in talent against a background of rising contractor costs that are significantly hurting government-owned organisations like NBN Co.

Both Chronican and Lennon repeatedly called out the improvement in “resilience”, with the results also claiming a 93 percent reduction in high priority incidents (the level below critical) since 1H 14.

However high priority incidents are up marginally this half compared to last, according to NAB’s graph, that didn’t spell out the actual numbers – we’re seeking the exact figures.

In terms of digital’s impact on NAB’s physical footprint, the bank pegged the reduction in the number of over the counter transactions at 25.1 million in FY19, down 30 percent from 35.6 million in FY17, helped along by the closure of 95 branches and business centres.

NAB said that 66 percent of “active customers” now used digital “for all activity”.