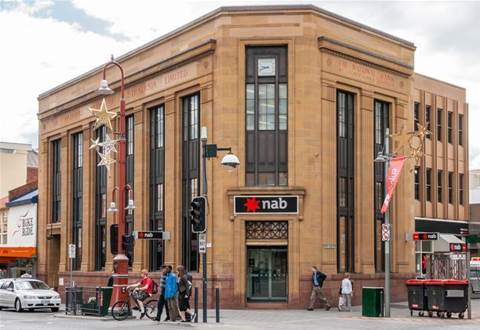 Apologies to our customers who can’t access Internet Banking & the Mobile App at the moment – we’re working to fix this ASAP. You can still access ATMs, EFTPOS facilities and branch services as usual.

A spokesperson from the bank confirmed to iTnews that only those two services have been affected by the outage, with ATMs, branch services and Eftpos transactions still functioning as per usual.

However, customers have posted to social media that the lack of online banking services has meant they were unable to move cash between accounts and top up balances, leaving them unable to pay for purchases or complete transactions.

NAB is having issues since 1:25 PM EST. https://t.co/Cnt9kE2MuU RT if it's down for you as well #NationalAustraliaBankdown

In November the bank revealed it had paid out $7.4 million in compensation to customers who suffered financial losses as a result of its bank-wide payment systems outage that left thousands of businesses unable to trade without cash in May last year.

NAB was also the bank to process a toxic direct debit file for Victorian automotive insurer RACV that accidentally wiped out policyholders’ bank accounts and maxed out their credit cards.

The frequency of IT outages across the entire finance sector drew the ire of Reserve Bank governor Philip Lowe, who said in November last year that the RBA will intervene with punitive regulations if banks don't lift their game.

NAB has since issued an advisory on Twitter, telling customers to instead use telephone banking services to check balances and transfer funds.

The spokesperson was unable to comment as to the cause of the outage or number of customers affected at the time of writing.

A NAB spokesperson told iTnews the mobile app and internet banking services were restored just before 7pm on Friday evening. As yet there has been no comment on the cause of the outage.