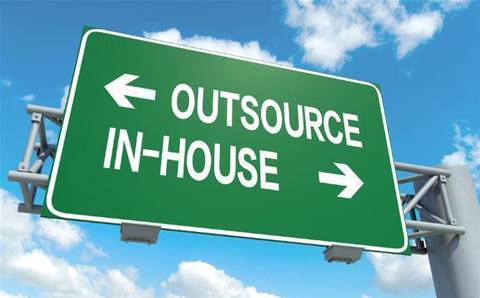 NAB said a major insourcing drive had brought forward timelines on big projects and led to an upskilling of internal IT staff.

The bank reported its own in-house technology and operations now represented 68 percent of its technology workforce, up from 30 percent three years ago.

About 2200 staff now held industry-recognised cloud certifications, up from 1300 reported in February.

“Pleasingly, the significant investments in previous years mean we are now able to leverage strong technology foundations to deliver quicker, safer and better outcomes for our customers and colleagues at lower costs," he said.

“Our insourcing program has been bringing key technology talent and functions back into NAB, giving us greater speed, flexibility and control with cost neutral or better outcomes.”

McEwan added the bank will continue to invest in its core foundations, though its efforts would now “increasingly shift” to customer experience initiatives, which support the bank's revenue ambitions.

The bank has “embraced data and analytics” to deliver a 21 percent reduction in fraud losses impacting NAB customers. It also increased data protection efficacy through investment in “preventative tools".

Another key area of focus for the bank was its continued simplification of legacy systems, which saw NAB reduce unnecessary applications by seven percent.

NAB reported a statutory net profit $3.2 billion and cash earnings of $3.343 billion, up 94.8 percent from the same time last year.

McEwan also commented on the purchase of neobank 86 400, a transaction that received approval from the Australian Prudential Regulation Authority (APRA).

The bank intends to use 86 400's technology to accelerate its development of UBank, which it owns.

Pending final approval, McEwan said NAB’s acquisition is on track for completion by the end of May.

“Supported by NAB balance sheet, the combined business will be well placed to deliver the next generation of simple, fast and mobile banking solutions," he said.