NAB chief vows IT will radically simplify, not complicate bank 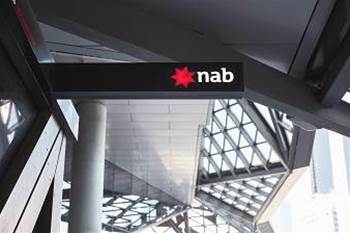 "Getting rid of bureaucracy and letting them just get on with it."

The National Australia Bank has ambushed its rivals, opening the week with the surprise delivery of its 1H20 results, revealing it has created a new executive role for strategy and innovation just a week after the institution purged more than $1 billion of capitalised software from its books.

With the news timed bang on market opening, NAB went into an immediate trading halt as it also revealed it will tap the market for $3.5 billion in a fresh capital raising through an institutional placement as part of its COVID-19 battle plan.

Never one to walk away from calling out the need for urgent reforms, recently appointed NAB chief executive Ross McEwan said the bank had now “refreshed our longer-term strategic focus”, saying that “the need for improved accountability and reduced complexity is clear.”

The financial services sector has been anticipating a significant cleanup at NAB since McEwan arrived to replace Andrew Thorburn, with NAB’s sometimes patchy technology execution and high levels of complexity a known target for reform.

The massive purge of software capex ahead of today’s results has been taken as a signal that McEwan has no tolerance for larger, longer tech projects of questionable payback that drift as they run into issues stemming from NAB’s complex operating structure.

Speaking on an analyst call, McEwan said that NAB’s consumer bank needed to be “radically simpler” and that execution was paramount.

McEwan was characteristically blunt about the high levels of complexity that have beset NAB dating back over a decade to a period when its technology shop became a revolving door because of wider management challenges and heavy outsourcing.

Prior to stabilising and then reforming the moribund Royal Bank of Scotland before returning to Australia, McEwan oversaw the highly successful overhaul of the Commonwealth Bank’s retail division that was coupled with a major technology overhaul led by Michael Harte.

That execution focused on shifting technology from being a handbrake because of legacy and convoluted systems to being a powerful tool and competitive differentiator.

That playbook was on display on Monday with McEwan saying staff needed to be able to execute.

“Give them the tools and get out of the way,” McEwan said. It was a matter of “getting rid of the bureaucracy and letting them just get on with it.”

McEwan said NAB would become a simpler and more traditional institution and that it needed the right people in the right positions to execute.

Lending would be a prime focus with NAB now building a “single mortgage factory”.

NAB's IT difficulties, and the complexity and cost they propel, have been recurring theme, with previous chairman Ken Henry slamming the bank's heavy dependence on IT consultants before departing.

"Our talent approach has been to rotate generalists to increasingly complex roles. This has led to the overuse of consultants. Generalist leaders struggled to execute with discipline across areas where they lacked technical knowledge. Unsurprisingly, we failed to gain traction quickly, or suffered setbacks and delays when unanticipated problems emerged," Henry said in December 2018.

McEwan has been tasked with arresting that malaise.

To that end NAB again played heavily on its ongoing insourcing push, with McEwan crediting the retention of key IT skills in-house as paramount to improvements to date and future execution.

Sources at other institutions suggested a shake-up of existing NAB's services suppliers was on the cards, with TCS circling the bank in an effort to get a major deal.

McEwan cited the number of insourced “technical FTE” as rising from just 35 percent in full time equivalent staff in the 2017 rising to 51 percent for the current half.

More than half – albeit by one percent – of NAB’s IT staff were now in-house, NAB’s investor deck shouted, adding that there had been a “42 percent reduction in key vendor infrastructure run costs since FY16.”

While there are still obviously major challenges ahead, McEwan said the insourced capability was critical in terms of managing the banks pivot to work from home because of COVID-19 and its wider COVID-19 response.

NAB went from circa 5000 remote workers to 30,000 in just three weeks, with 98 percent of operations staff working remotely in just five days.

The bank took 25,000 COVID-19 related requests online within the first seven days of the crisis.

On the infrastructure side, NAB said 33 percent of applications were “now migrated to cloud”, with cloud capability being “critical to rapid increase in remote working”, with all staff able to access Facebook Workplace and Microsoft Teams.

While NAB’s tech numbers were broadly in line with expectations, what wasn’t in the presentation was any major changes to the bank’s previous core transformation strategy that largely hinged on jettisoning big numbers of staff and partially replacing them with digital savvy workers.

With employers and banks attempting to hold onto staff in a bid to limit the economic damage from COVID-19, large corporations have largely shelved major layoffs that had been a trademark of banking efficiency.

But what has been changing at NAB are tech appointments from its rivals, and some of its own staff leaving.