MWC: Telstra Next G to rocket to 21Mbps next week 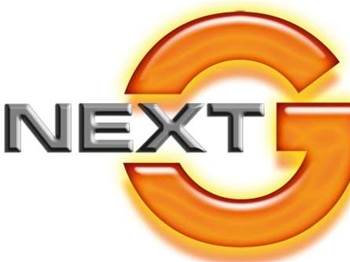 Telstra is set to release what it claims is the world's fastest mobile broadband service - shipping a new mobile modem theoretically capable of speeds nearing 21Mbps on February 23.

"In just over two years, we have taken our [mobile] network from peak network speeds of 3.6Mbps to 21Mbps and today we are launching the world's first commercial 21Mbps peak-rated modem," said Telstra CEO Sol Trujillo.

Pricing information the Turbo 21 modem is yet to be released.

Andrew Buay, managing director of Optus Products and Delivery, accused the incumbent of grandstanding the capability of its network and lying to the world about the real speeds Telstra users experience.

"This is another example of Telstra misleading Australians businesses and consumers into thinking they will now experience speeds of 21Mbps across the whole NextG network," Buay said.

"The fact is customers will need to buy a new modem and live or work beneath an exchange to take advantage of these 'theoretical' speeds."

Vodafone Spain demonstrated a HSPA+ network using multiple in, multiple out (MIMO) antenna technology that was peaking at around 25Mbps in favourable trial conditions (i.e. router and modem at a few metres apart) but the carrier doesn't expect to offer commercial mobile services exceeding 20Mbps until the close of 2009.

Buay said Telstra's last announcement of a speed upgrade was hype and bluster, and he expects the latest to be the same.

"For all the hype that Telstra made about 14.4Mbps capability on NextG, not a single Telstra customer has benefited from these speeds as modems haven't been available."

Telstra spokesperson Andrew Butcher reinforced that 21Mbps should only be seen as the "peak network speed" of the service and "not the speed one would expect in typical real-world conditions."

Next G users with a Turbo 21 modem should instead expect speeds of around 6 to 8Mbps on average, which is still three to four times faster than current speeds.

Next G users should nonetheless expect continual improvement in the mobile broadband speeds they enjoy.

Ericsson demonstrated at the congress its next generation of HSPA technology - a 'multi-carrier' mode which allows users to download data simultaneously from two frequency channels. This allows downlink data rates on the HSPA network of up to 42mbps, twice Telstra's celebrated metric.

Ericsson and Telstra expect this multi-carrier technology to be commercially available by the close of 2009.