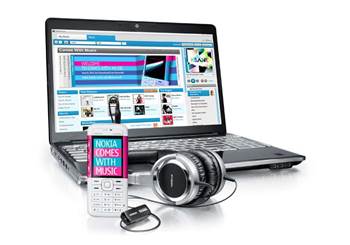 Optus is set to launch a new Nokia device that offers free, unlimited music downloads for a year.

Industry insiders at Mobile World Congress in Barcelona confirmed the Singtel-owned mobile telco is “close to launching” the Nokia 5800 XpressMusic device in Australia, which comes bundled with 12 months of free music downloads from the Nokia Music Store.

Nokia and Optus are still negotiating plans – the most likely scenario seeing the music service made available for a small recurring charge on Optus’ $49 Cap plan.

Some four million tracks will initially be available on the service – the catalogue including tracks from most major record labels and Australian independent label Liberation.

Nokia first announced the ‘Comes with Music’ service in seven trial markets in mid-2008, without any mobile carriers signed up.

Analysts at Ovum said at the time that the ‘Comes with Music’ strategy represents “an exciting revolution” that lowers the cost of enjoying music on the mobile, but highlighted that the service might compete with music download services offered by the mobile carriers themselves.

Telstra, for example, offers MP3 downloads via BigPond Mobile Music while Optus offers downloads via an agreement with MTV Mobile.

Nokia will make an official announcement about launch details on February 25.