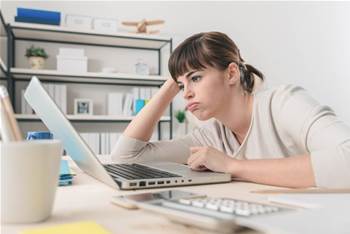 Optus and TPG are to refund customers a total of $6.5 million for signing them up to broadband plans at higher speeds than their NBN infrastructure could deliver.

The latest refunds fall far short of the $25 million worth of refunds Telstra paid out last year on similarly underperforming lines.

When migrating customers to NBN services, carriers are required to verify the speeds the customer will be able to receive.

Optus notified the ACMA in July last year that it had failed to inform 34,000 customers of the service level shortfall, and TPG made a similar report regarding 4400 customers in October.

The ACMA has issued Optus with a remedial direction, while TPG offered a court-enforceable undertaking which the regulator has accepted.

“Optus and TPG were charging these people for internet speeds they could not get,” ACMA chair Nerida O’Loughlin said in an ACMA media reles.

“These customers were left in the dark and denied the option to move to a cheaper contract or walk away.”

Both providers must also commission independent audits of their compliance systems, and implement systems to ensure future compliance.

“The scale of service failure by these companies is significant,” O’Loughlin said.

“Our actions will ensure the top three telcos are more vigilant delivering the internet service their customers expect and have paid for.”

Both Optus and TPG have been in contact with the affected customers, and should the carriers fail to comply with the ACMA’s requirements, the regulator has the option of action in the Federal Court.

The action wraps up a long-running issue in the industry, ACMA member Fiona Cameron told iTnews, noting that the ACCC has also been pursuing broadband ISPs over speed claims.

The ACMA actions are for breaching the NBN service migration determination of 2018, whereas ACCC actions are over whether providers have misled consumers in their advertising.

Cameron told iTnews there are no similar actions in train against other ISPs.