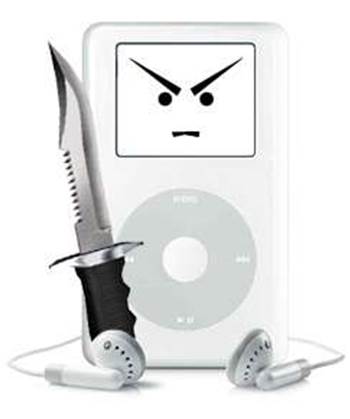 A New Zealand man has discovered pages of confidential US military files on a used MP3 player he bought.

A New Zealand man has discovered pages of confidential US military files on a used MP3 player he bought.

Chris Ogle was in Oklahoma a year ago when he bought a used MP3 player from a second hand store for $9. He discovered the files when he plugged it into his computer to download a song.

The files included the home addresses, Social Security numbers and cell phone numbers of U.S. soldiers, as well as mission briefings and lists of equipment deployed to hot spots in Afghanistan and Iraq. Most of the information appears to date to 2005.

Ogle told TVNZ: “The more I look at it, the more I see, and the less I think I should be.” Ogle told CNN that the MP3 player is being kept in a safe place and he will happily turn it over to US military officials if they ask for it.

Pentagon officials told CNN that they are aware of the MP3 player, but can't talk about it until investigators confirm that the information came from the U.S. Department of Defense.

Nick Lowe, head of Northern Europe for Check Point, said: “This is the first case I can remember of real ‘iPod slurping' - using a personal MP3 player to copy and transport work-related data files. It shows that disks and memory sticks are not the only avenues of risk for data loss or theft - but also digital cameras, iPods and more.

“Data has got to be encrypted automatically, and without user intervention, when files are copied. It's the only way to protect staff and data against mistakes like this.”

See original article on scmagazineus.com
Got a news tip for our journalists? Share it with us anonymously here.
Copyright © SC Magazine, US edition
Tags:
confidentialcontainsfilesmilitarymp3playersecurityus