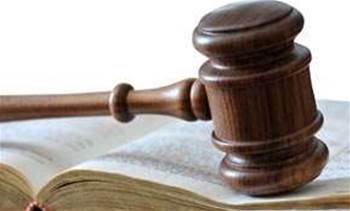 Most of Microsoft's other complaints dismissed.

A US judge has issued an initial ruling that found Motorola Mobility infringed one Microsoft patent in its mobile software, but has dismissed six others.

The International Trade Commission (ITC) judge ruled six other disputed patents were not infringed. Microsoft is taking action against Motorola on some 30 patents.

The infringed patent covers a technology for "generating meeting requests and group scheduling from a mobile device," it emerged yesterday.

"It's a fairly interesting patent. The way I understand it (based on the patent document and the claim chart), it enables users to schedule meeting requests from mobile devices," said IP expert Florian Mueller.

"For business users, that's an essential feature. If they're on travel or even just at lunch or in a meeting room, they want to be able to schedule meetings without having to go back to their office. Scheduling meetings is also increasingly popular on some social networks, so it's probably a feature for both enterprise users and consumers."

Motorola was pleased that six claims were denied, and has made claims that Microsoft is infringing its patents.

"The ALJ's [Administrative Law Judge's] initial determination may provide clarity on the definition of the Microsoft 566 patent for which a violation was found and will help us avoid infringement of this patent in the US market.”

Even though the initial ruling could change before the final ruling is made in 2012, the decision will be something of a setback for Google and its Android operating system.

Microsoft has sought to avoid courts in many cases, instead choosing to chase license fees from Android phone manufacturers.

In October, the Redmond giant announced it had acquired its 10th Android patent license deal. It claimed to have patent license agreements with companies producing half of all Android devices, including HTC and Samsung.

Motorola is not currently one of those companies.

Apple is also fighting numerous Android phone manufacturers in court. Earlier this week, it emerged Apple won a minor skirmish against HTC. The ITC ruled that HTC infringed on one of four patents Apple had disputed.

BT has attempted to take Google head on, claiming the internet giant had infringed on six patents in various products, including Android.

Got a news tip for our journalists? Share it with us anonymously here.
Copyright © ITPro, Dennis Publishing
Tags:
hardwareinfringesitcmicrosoftmotorolapatent