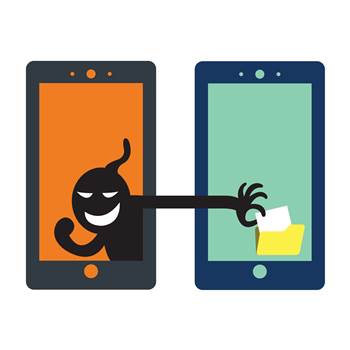 Telco data set shows no cause for alarm.

The threat of attackers targeting smartphones is "overstated" and almost completely limited to Android handsets, according to Verizon's latest data breach investigations report.

Having fielded questions on mobile security for the past several years, Verizon used the eighth instalment of its annual security tome to explore what threat mobile actually presented.

Spitler said the company decided to test its anecdotal knowledge this year using a large data set supplied by its carrier subsidiary Verizon Wireless in the US.

Verizon ran 18 passes of the dataset to determine the incidence of attackers hitting handsets on that network.

"With our first pass of the data, we found hundreds of thousands of (Android) malware infections," Verizon said in its report, noting most were adware-related.

When Verizon disregarded these kinds of "low grade malware", it turned up a "count of compromised devices [that] was truly negligible".

"The benefit of working with an internal team is that we knew how many devices were being monitored," Verizon wrote.

"An average of 0.03 percent of smartphones per week - out of tens of millions of devices on the Verizon [Wireless] network - were infected with 'higher grade' malicious code."

Spitler said this was the equivalent of "around 100 devices per week."

In the battle of the mobile operating systems, Android devices "won" the title of most targeted - and infected.

"Android wins so hard [at this] that most of the suspicious activity logged from iOS devices was just failed Android exploits," Verizon said in its report.

What this means for enterprises and carriers is there's no need to go overboard on safeguards for a mobile environment, Spitler said. For enterprise, a mobile device management (MDM) system would suffice.

"Certainly be diligent with what you're doing right now and using management services to make sure that lost devices can be remotely wiped, that there's a password policy and user lockout," Spitler said.

"But there's nothing we've seen from a threat standpoint that we can recommend doing anything above and beyond that right now.

"Those efforts and research could be better spent likely somewhere else. There's likely a greater risk to your environment than through mobile."

On the carrier side, Verizon indicated in its report that "while a major carrier is looking for and monitoring the security of mobile devices on its network, data breaches involving mobile devices should not be in any top-whatever list."

Verizon's report now contains data contributions from around 70 agencies and organisations worldwide, up from the single (internal) source of data used to compile the first report eight years ago. Australia's data contributors include the Australian Federal Police.

The carrier's 2015 report coincides with the release of a separate threat landscape report by Dell, which expects more sophisticated malware targeting Android devices to emerge this year.