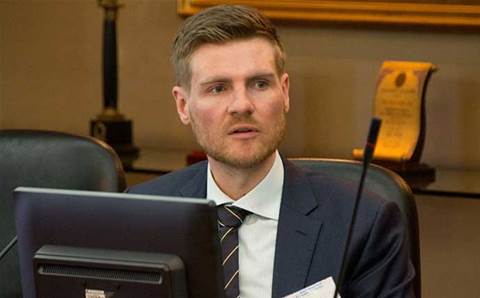 MLC Life Insurance is investing in the "latest and greatest" cloud, software-defined networking and API technology as part of a $400 million IT separation from its former parent NAB.

CIO Matt Lowth is presiding over the two-year IT project, which will see MLC create a 100-strong IT team and build its own greenfield IT environment.

One of the first milestones of the transformation was to break out of NAB's 'infrastructure-on-demand' private cloud and deploy a pair of software-defined data centres, based on VMware SDDC technology, in Melbourne co-location facilities.

MLC's retail advice system is the first application up and running in the new data centre environment, and other apps are steadily being prepared for the transition.

For Lowth, the transformation is a rare opportunity to spearhead a ground-up IT build.

"Very few organisations get this opportunity to pick the latest and greatest," Lowth told iTnews.

He is investing in a range of cloud and SaaS systems, from identity management to data centre infrastructure to a suite of insurance-specific applications.

MLC is moving to the Oracle cloud suite, including Financials Cloud, HCM Cloud, and Taleo Cloud as well as "some of the elements" of Enterprise Performance Management Cloud, Lowth said.

It is also adopting ClaimVantage, an automated life insurance claims management solution developed in Australia and hosted on the Salesforce Force.com platform.

The business also launched a new website running on the Sitecore content management system, and rolled out ServiceNow for service management earlier this year. MLC has also opted for cloud identity management system Okta, like its life insurer rival, TAL.

Lowth has an eye to future-proofing the environment through APIs: "the big thing in any organisation is the more widgets you put in place, the harder [it is] to change."

The API strategy is based on Mulesoft and containerised architecture so MLC can "swap systems in and out in future".

Sitecore, Mulesoft and Okta all underpin MLC's in-house group insurance platform, LifeView, which is available to members, trustees and administrators across any device.

While MLC's new IT environment includes a range of public and private cloud tools, Lowth is not about to go 'all in'.

"We are obviously a regulated entity and have to be careful. For MLC, privacy is very important and we have to work with the regulator around that," hje said.

"We will leverage [public cloud] – things like Office 365 are a no brainer – but around customer information we will work with the regulator."

NAB has retained a 20 percent stake in the business, which includes a 20-year distribution agreement for the life insurance products.

Thanks to the ongoing stake, MLC's IT team has a degree of flexibility around deadlines for moving away from its former parent.

"Because of the relationship with NAB we won't be migrating any [backend] system or customer system until they are absolutely [ready]," Lowth told iTnews.

"NAB will continue to provide the systems we need to run our business while we set up the new systems.

"With other mergers or demergers, where there is no continuing ownership, the costs can get quite high, but the ongoing relationships between the two parents [in this instance] is a nice mechanism to ensure the systems [stay] resilient."

MLC's move to the "latest and greatest" technology has helped Lowth recruit talent for the 100-staff IT organisation.

"We brought across a small contingent of staff who manage certain systems but we have [mostly] stood up our own IT team," he said.

"What IT people want to do is work on exciting new technologies and we have a really good story here.

"There are very few companies in Australia where you can work on cutting-edge systems in an environment with significant scale."

He pointed to its Oracle, Mulesoft and Sitecore investments, but concedes there have been challenges filling certain positions, especially in "a couple of really hot areas" such as analytics, DevOps and integration.

"Because they are such new technologies there is not necessarily a big pool of people."

The project has been "hard work but a great opportunity", Lowth said.

"Long hours and hard work but how many people in their career get to build a team, starting from scratch and work with great people and partners? I know that sounds a bit scripted but I am very lucky," he added.

"A really important part of the delivery is the level of business involvement. I think part of our success so far has been the commitment from our leadership around the project involvement.

Lowth praised his team for hitting a number of milestones so far, including delivering general accounting, HCM and "quasi-ERP" systems in a short space of time.

"We [also] stood up a data centre in six months," he said.

He said he was particularly proud of instituting an IT operating model around "the concept of the best idea wins".

"It's a meritocracy – no matter what your role is, if it is a good idea we should look at it," Lowth said.

One idea from MLC's first hackathon is already being put into production; Lowth declined to detail the concept but said it should "help us give our customers an extra level of assurance of their insurance coverage".