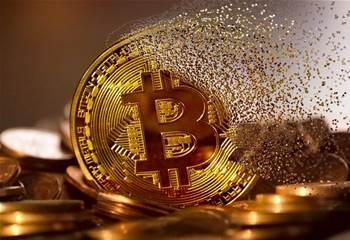 The energy demands for mining four major cryptocurrencies, including Bitcoin, has outstripped the energy costs of mining actual metals like gold and copper, according to US environmental researchers.

Mining cryptocurrencies involves running increasingly complex calculations to confirm new transactions and add them to the decentralised ledger on which a cryptocurrency operates.

It’s a process that can be done on varying scales and compute levels, with Unicef Australia even deploying a browser-based version that allowed donors to use their own computer’s processing power to mine Monero on the charity’s behalf.

Now researchers from the Oak Ridge Institute for Science and Education have compared the amount of energy it takes to run those authentication processes against the energy requirements of mining actual minerals and metals.

The paper released today in Springer Nature found that, between 1 January 2016 and 30 June 2018, it took 17 megajoules (MJ) to produce US$1 worth of Bitcoin, 7 MJ for Ethereum and Litecoin, and 14 MJ for Monero.

While US$1 worth of aluminium took 122 MJ to produce, the four other metals tested came in at or below the energy requirement for cryptocurrencies.

Platinum tied with Ethereum and Litecoin at 7 MJ, with gold coming in just behind at 5 MJ.

Copper only took the least in the survey at 4 MJ, and the rare earth oxides common in electronic devices took 9 MJ - still less than Monero and Ethereum.

The paper’s authors, Max Krause and Thabet Tolaymat, acknowledged that while the prices of cryptocurrencies have been quite volatile, the hashrates for three of the four cryptocurrencies in the study have trended consistently updward, suggesting a similar upward trend in the amount of energy required.

They also extrapolated the data to CO2 emissions released from cryptocurrency mining, estimating that global mining operations generated between 3 and 15 million tonnes of CO2 during the 2.5-year period of the study looked at.

However, differences in electricity production between countries mean that one crypto coin mined in China generated four times as much CO2 as a coin mined in Canada.