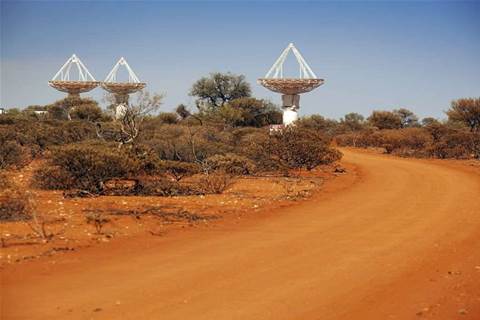 Australia's communications watchdog will shortly address a multi-year stoush over rules that deny miners and rail operators crucial communications systems in the area set aside for the $2 billion Square Kilometre Array radio telescope.

An Australian Communications and Media Authority (ACMA) spokesperson told iTnews that changes are being considered to the 2007 regulatory implement which restricts radio communication systems in the vicinity of the planned radio telescope.

Known as RALI MS32 (pdf), the implement has been the target of mining and rail lobbyists who say it threatens multi-billion dollar investments slated for Western Australia's mid-west.

Movement on the issue, which was first reported back in 2011, was highlighted in recent submissions to the watchdog's 1800 MHz consultation by Oakajee Port & Rail (pdf) and Crosslands Resources (pdf), both subsidiaries of Japanese giant Mitsubishi Corporation.

Both submissions indicated continued distaste for "the current regime to support radio quiet for radioastronomy in the Mid West", and a belief that "elements of this regime require modification," including RALI MS32.

Both also indicated a shared understanding that ACMA intended to review elements of this regime, including RALI MS32, with industry invited to make submissions.

ACMA confirmed to iTnews regulatory changes were under consideration

"The ACMA has been considering updates to RALI MS 32, particularly as a consequence of the making of the Radiocommunications (Mid-West Radio Quiet Zone) Frequency Band Plan 2011 and developments in the requirements of the SKA," a spokesperson said.

"It is anticipated that consultation on the updates will occur soon and that OPR [Oakajee] and other mining interests will be given the opportunity to make submissions in this consultation."

Oakajee's almost $6 billion project is suffering its own financial woes, independent of any threat to the project posed by the radio quiet zone.

However, the planned expansion of Crosslands' Jack Hills mine in the region means the company must work out a way for future communications systems to co-exist with the telescope.

"Crosslands is a potential future (remote area) user of emerging technologies using the 1800 MHz band to support mining operations at its expanded Jack Hills mine," the company said in February this year.

Construction of the SKA radio telescope is being shared by Australia and South Africa. A radio quiet zone has been set up around the site to prevent radio interference with the telescope's operation.