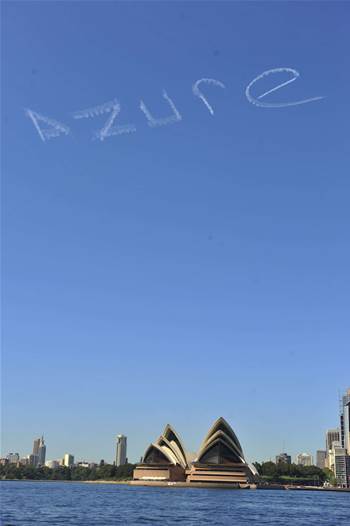 Somewhere in Singapore and Hong Kong.

Microsoft has refused to reveal the location of the two data centres from which it will offer its Windows Azure cloud computing services to Australian customers.

At the Australian launch announcement for Windows Azure yesterday, Microsoft officials said customer data would be replicated between two data centres in Singapore and Hong Kong.

But that is as much information as the vendor is willing to share with customers.

"It's not something we'd disclose to them," said Diane O'Brien, director of Azure strategy at Microsoft.

Microsoft also refused to reveal whether the Redmond-based software giant built these data centres or whether their Azure service is collocated within existing data centres. iTnews has been told by several sources that Microsoft's Azure team builds its own data centres, but does not want to rule out collocation deals to expand its future footprint.

O'Brien said that customers don't care for these details. Her only assurance was that physical access to Microsoft's Azure hardware is caged off - as it often is with most collocation arrangements - and that Microsoft will meet its service level agreements.

"The SLA is all a customer cares about," said Gianpaolo Carraro, director of platform evangelism at Microsoft Australia. "When was the last time you asked AGL [a gas provider] what turbine they used to deliver you a service?"

Amazon.com, which has also established a presence in Singapore for the provision of its EC2 (elastic cloud compute) and S3 (simple storage) services, has also refused to disclose the location of its Singapore its data centre(s).

Salesforce.com, however, chose to reveal that its customer data was replicated between data centres all over the globe - which include two Singapore data centres operated by Equinix, a trusted brand among data centre operators.

"Trust is a product of transparency, and it is for this reason that we have informed customers of the location of our datacentres," said Peter Coffee, director of platform research for Salesforce.com.

"We take pride in telling our customers and our partners about the diligence we exercise on their behalf."