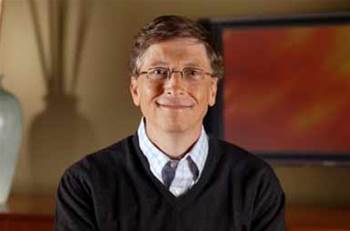 Taking the choices out of backup and recovery.

Microsoft is targeting its Windows Home Server at mainstream consumers rather than the gadget lovers who are typically first drawn to new technology.

The software is designed to run on a dedicated device that automatically backs up the information on all computers in a home. It can also stream media and provide remote access to documents over the internet.

The server targets households with two or more PCs and a home network, of which Microsoft estimates there are about 40 million to 45 million worldwide.

Price will mostly depend on storage capacity, but Microsoft expects the device to retail at US$500 to US$1,000.

"The goal is trying to take the seams out [of backup and recovery]. There are too many choices and too many knobs and we ask too many questions. And we expect the people to know the answers to every question," Todd Headrick, a senior product manager with Microsoft, told vnunet.com.

"We are designing the product for families and the second-tier purchaser, the enthused follower who really looks at the enthusiast for guidance.

"The dream is that for Father's Day, a wife would buy one for her husband because she understands the benefits of backup and remote access."

Windows Home Server software is based on Windows Server 2003. It borrows technologies from a series of other Microsoft products and offers new ones.

The ability to stream video and music to devices comes from Windows XP Media Center Edition.

Microsoft first unveiled a feature that allows users to access information stored on the server or a computer that is connected to it as part of Windows Small Business Server 2003.

The backup and recovery technology took up a lot of the designers' attention, and users will be able to add and remove disk drives as they please.

Using Raid technology, the server stores additional copies of its data on each available drive to ensure that no information is lost in case of a drive failure.

If a music file or some other piece of data is stored on two or more systems, the software automatically makes sure that the file is saved only once to save disk space.

End users are not supposed to touch or tinker with these features, however. Windows Home Server features only an Ethernet connector and power plug. USB or FireWire ports are optional, and intended to hook up external storage devices only.

The server does not support a monitor or a keyboard and will not allow users to install additional applications. The limited amount of setup and management will be done through a special management console accessed over the network.

Device manufacturers could add features, however. HP is expected to ship a photo sharing application with its HP MediaSmart Server that is scheduled for release in the second half of this year.

A second version of the server might introduce new applications and hardware support, Headrick said. This could allow users to attach a webcam to the server to remotely monitor their living room, for instance.

Future upgrades could also enable users to download premium content such as movie rentals directly to the device, but Microsoft has not yet made any decisions on future features.

Got a news tip for our journalists? Share it with us anonymously here.
Copyright ©v3.co.uk
Tags:
hardwarehomekeepmicrosoftserversimpletowindows