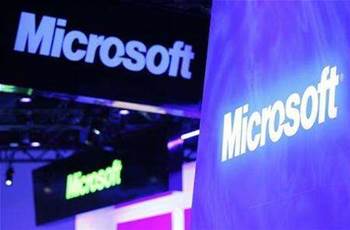 Microsoft is moving its European software distribution to the Netherlands from Germany after being caught up in patent disputes with mobile phone and tablet maker Motorola Mobility.

"We would have preferred to keep our European distribution centre in Germany, where it has been for many years. But unfortunately the risk from disruptions from Motorola's patent litigation is simply too high," Microsoft spokesman Thomas Baumgaertner said on Monday.

He said the move was already in progress. So far, the US software maker's distribution has been handled out of Germany by Bertelsmann's services unit Arvato.

The news comes ahead of a German court decision expected on April 17 in a suit brought against Microsoft by Motorola, which is being bought by Google, for allegedly infringing a video technology patent.

In a worst case scenario the court could ban Microsoft from distributing some of its biggest products such as Windows 7 from Germany, thus affecting sales in other countries supplied by the German centre.

Germany has in recent months become a major battleground in the global patent war between makers of mobile phones, tablet computer devices and their operating software in a market worth billions of dollars.

German courts, among others, forced Korea's Samsung Electronics to stop selling its Galaxy 10.1 tablet in the country and told Apple to de-activate "push" notification features for some customers in Germany.

In the upcoming decision, a regional court in Mannheim, Germany, is expected to decide whether Microsoft violated an agreement with Motorola by using certain video-compression software in products including Windows 7 and the Xbox 360 videogame console.

German patent expert and blogger Florian Mueller said Dutch courts do not hand down sales bans in patent disputes as readily as German ones do.

"Instead, the courts evaluate whether an injunction is fair and reasonable," he said.

(Reporting by Jens Hack in Munich and Roberta Cowan in Amsterdam; Writing by Maria Sheahan; Editing by Greg Mahlich)