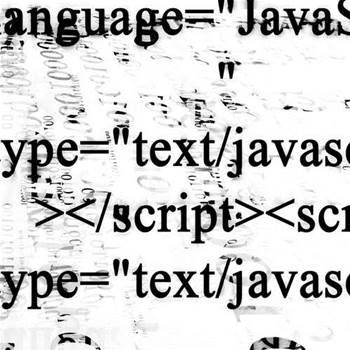 Microsoft has delivered a significant update to its developer tools with the release of Visual Studio 2010, .Net Framework 4 and Silverlight 4.

Visual Studio now provides developer support not just for Windows PCs, but for Microsoft's Azure cloud platform, Windows Phone 7 and for extending the functionality of SharePoint.

Available to download today, Visual Studio 2010 has been given a facelift with numerous enhancements to ease the development process, including the Intellitrace tool that records application execution during testing, plus the ability to map the structure of imported code to help with the maintenance of existing projects.

"We have all-new tooling for Azure, Silverlight and Windows Phone, but the biggest update is to application lifecycle management," he said.

Intellitrace is one of these features, recording machine state during code execution and allowing developers to step back and see exactly what happened. The developer can also see a captured WMV of the tester using the app at the same time.

"It's like a digital video recorder for your code," said Zander.

Other features to aid developers include multi-monitor support, so that the code and user interface design can be moved to separate screens, plus an extension manager enabling developers to find and download third-party plug-ins.

Visual Studio 2010 also has more features to take away the donkey work of stitching together code from various sources, according to Zander.

"Our strategy is to find places where we can identify the plumbing you need and do it for you. The code we want you to write is the code that makes your application unique, so we do everything to help you fill in the gaps," he said.

Zander also said that Microsoft had learned lessons from the last release of Visual Studio, and has worked with partners to ensure that updated plug-ins are also available now, enabling developers to upgrade to the new suite without losing the tools they depend on.

For Windows development, the new release adds support for Windows 7's multi-touch user interface and Jump Lists, plus the animation framework Microsoft built into the display subsystem. It also adds a ribbon designer.

Visual Studio 2010 ships with support for Azure "right in the box", according to Zander, enabling developers to test code locally before uploading, and makes it easier for firms to move code from the server into the cloud.

Windows Phone 7 in Visual Studio support enables developers to start building applications now ahead of the availability of devices based on the platform later this year.

Currently, developers can download the Visual Studio 2010 Express plug-in, which lets them build "straightforward" applications, while a more fully featured plug-in will be available in the future, according to Zander.

Also new in Visual Studio 2010 is support for SharePoint, enabling developers to extend the functionality of Microsoft's collaboration platform.

"SharePoint is one of the fastest growing products for Microsoft, so we've made a tremendous investment in this version of Visual Studio to enable developers to extend it with custom business logic," Zander said.

Got a news tip for our journalists? Share it with us anonymously here.
Copyright ©v3.co.uk
Tags:
codedeveloperssoftwarestudiosupportvisualwindows