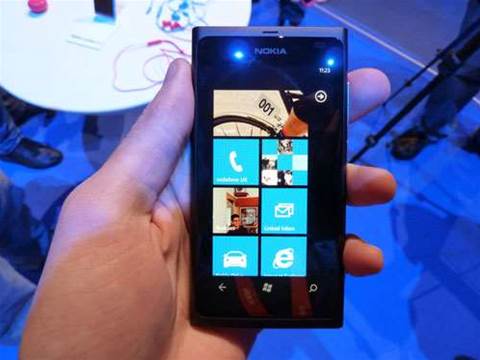 Coming to a Windows Phone near you?

Microsoft has attempted to patent the ability to switch off a mobile device in a hurry by giving it a quick "whack".

According to a United States patent application filed in 2011 and published last week, Microsoft has come up with 26 possible ways that a device might be able to detect a whack from the user and switch off.

Microsoft said in the filing that the growing complexity of devices made it "more difficult to quickly invoke functionality".

"Further, it can be difficult to access traditional interfaces to the device when the device is carried in a pocket or bag," the firm noted.

"At the same time, mobile devices are becoming increasingly more audible. A variety of audio ring tones, alerts, music, and the like are commonplace for such devices.

"However, there are times when silence is desired. For example, during a meeting or other event, it may be inappropriate to allow the device to emit audio output."

While acknowledging users could set devices to silent or vibrate in such cases, Microsoft said there was "still room for improvement".

"The detailed description [of this patent] presents various tools and techniques for controlling an audio signal of a mobile device by detecting a whack," the company said.