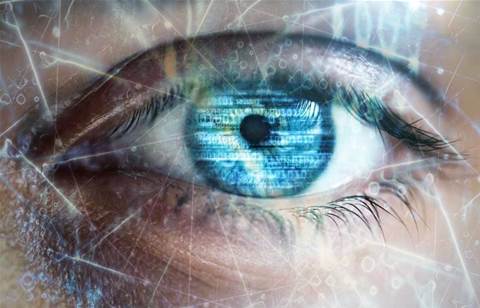 We care a lot … (product not included).

Microsoft and credit card behemoth Mastercard have officially jumped into bed together over digital identity provision, announcing a formal tie-up that is likely to assert a heavily American influence on the nascent global industry.

The two US-based multinationals on Tuesday issued a statement extolling a new “strategic collaboration” that pitches a decentralised (federated) model of execution as the two companies bet heavily on a formal affiliation between their payments and software platforms.

However as conspicuous as the mating ritual between the two giants is, it's pulled-up well short of any tangible product, release date, preferred architecture or initial market so far.

Instead, the pair has settled on a broad statement of aim that it says will be fleshed out “in the coming months” to create “a service that would allow individuals to enter, control and share their identity data their way – on the devices they use every day".

Despite the initial lack of substance, the commitment to a formal collaboration is potentially a huge deal.

For starters it represents the confluence of previously separate payments and software platforms at a time when geopolitical forces are directly challenging America’s position in global payments and consumer technology.

(Microsoft has already aligned itself as a loyal supporter of the US military as rivals like Google face internal resistance to military involvement or work with governments like China.)

The payments landscape is rough terrain too.

While US platforms like Apple, Amazon, Google and to a degree eBay and Paypal have all created some sort of payments service to process their users' transactions, the vast bulk of those payments have necessarily back-ended into so-called credit card schemes as the primary underlying instrument.

The areas of focus are stock standard, with the pair saying that “access to a universally-recognised digital identity could unlock new and enhanced experiences for people as they interact with businesses, service providers and their community online”

Microsoft’s and Mastercard’s areas of focus are familiar territory and listed as:

Despite Microsoft’s recent resurgence at a consumer and enterprise level thanks to its successful reinvention through the cloud and Azure, the company has arguably been leapfrogged in terms of consumer transactions by the so-called FANGs.

At the same time, credit card schemes have come under sharply increased regulatory pressure, especially in Europe and Australia, to clean up the legacy architecture of payments that have become the vulnerable backbone of the global card fraud industry that preys on easily stolen card numbers.

A key source of stolen card credentials remains persistent compromises of merchants who store card numbers along with customer details on their own systems as illustrated by hacks against Target, Equifax, Heartland and most recently Marriott.

Payments regulators, including the Reserve Bank of Australia, have over recent years started to push card schemes and their issuing banks hard to add digital identity credentials to online transactions with around 85 percent of card fraud now perpetrated online as opposed to physically in Australia.

However consensus on common, interoperable digital identity standards between competing technology platforms, banks, card schemes, government and independent providers has been a hallmark of the developing industry where proprietary rails continue to rule the roost.

“Today’s digital identity landscape is patchy, inconsistent and what works in one country often won’t work in another. We have an opportunity to establish a system that puts people first, giving them control of their identity data and where it is used,” said Ajay Bhalla, president, cyber and intelligence solutions, Mastercard.

“Working with Microsoft brings us one step closer to making a globally interoperable digital identity service a reality, and we look forward to sharing more very soon.”

Microsoft’s alliance with Mastercard, as horribly vague as it is, could start to consolidate the current free-for-all as by prompting other players to pair-off.

Mastercard’s arch-rival Visa, which has a much bigger hold in Europe and across scheme debit (where credit card rails are used to access cash in bank accounts), has also been tooling away at digital identity measures and could yet pair off with another US tech platform to challenge Microsoft – although Amazon, Apple and Google are probably more likely to try and disintermediate card schemes by working directly through the banking system.

There are also significant potential first-mover advantages for Microsoft and Mastercard by welding together payments, secure personal user access control and online identity verification for transactions with government – even if the idea of a national identity instrument still is not widely accepted in the US.

“We believe people should be in control of their digital identity and data, and we’re thrilled to first work with Mastercard to bring new decentralised identity innovations to life.”

Selling that dream to a nation that still writes cheques and is still yet to universally embrace with mature physical payment standards like chip-and-PIN and tap-and-go will make for an interesting challenge, especially with institutional trust at record lows.

Even so, the big effort out of the US will – if it bears fruit – go at least in some way towards demonstrate forward momentum on secure payments and identity innovation at a time when Beijing is rapidly entering global markets with combined social media, marketplace, ID and payment platforms like AliBaba that are supported by the central government.

The lack of penetration by US card schemes in so-called BRIC economies, often for geopolitical reasons, along with serious competition in EMEA regions, is regarded by many as a key battleground against American and European dominance of the global payments market.

That’s not the case for Microsoft where, despite rampant piracy, the platform is still often the default software of choice underpinning consumer, business and government systems.

That could make for a powerful marriage of convenience.

Microsoft and Mastercard might well look like the last two last picks to pair off on the technology dancefloor, but they look earnestly intent on making their slightly awkward fling one that develops into something bigger, even if a few toes get squashed along the way.