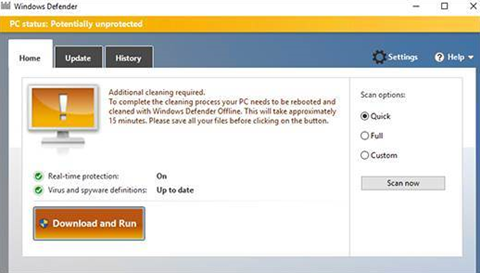 Admits to disabling some AV for compatibility reasons.

Microsoft has defended its work with third-party security software developers following a complaint by Kaspersky that the software giant is abusing its market dominance to shut out antivirus providers.

Kaspersky cited Windows Defender as the main obstacle for third-party security vendors in its complaint, filed in Europe.

But Microsoft's partner director of the Windows and Devices Group Rob Lefferts, argued that Microsoft provides advance notifications of changes to Windows and early access to test builds of its operating system to security vendors so they can test their antimalware solutions.

This is done through the Microsoft Virus Initiative (MVI), which has over 80 participating security vendors, Lefferts said.

With the recent Creators Update to Windows 10, Lefferts said 95 percent of PCs had a compatible antivirus.

However Lefferts admitted that in some cases, Microsoft has disabled third-party antivirus protection in Windows 10 because it was deemed incompatible.

"For the small number of applications that still needed updating, we built a feature just for AV apps that would prompt the customer to install a new version of their AV app right after the update completed,"  Lefferts wrote.

"To do this, we first temporarily disabled some parts of the AV software when the update began. We did this work in partnership with the AV partner to specify which versions of their software are compatible and where to direct customers after updating."

When a third-party antimalware program in Windows is disabled, the operating system's default Defender utility automatically starts up to ensure customers are protected, Lefferts said.

He claimed Microsoft had worked with third-party security vendors to ensure Windows 10 displays a set of consistent notifications to inform customers what is happening, and to ensure that there are options to renew licenses for paid software when they are about to expire.

According to Lefferts, Windows Defender will step down in the presence of third-party antimalware utilities and not start periodic scans without notifying customers, or otherwise provide protection.