Metronode to build its own data halls 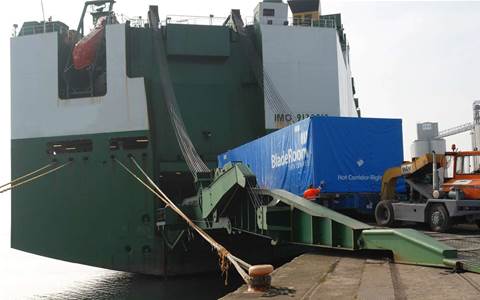 Linked gallery: Photos: Metronode to build its own data halls

General manager Malcolm Roe told iTnews that sites in NSW, Victoria and South Australia were being considered for fabrication of the halls, which the company currently distributes in Australia and New Zealand.

"We're in the process of establishing a local manufacturer for the data halls," Roe said.

"Some of the state governments have expressed interest in regional development-type programs or offering us facilities.

"Some of the larger facilities that are no longer used... have a supply of [local] labour that is perfect for integrating mechanical and electrical equipment."

Roe said that Metronode's parent Leighton Contractors already had a division that manufactured modular switch rooms for wind farm and mine sites in South Australia.

He said that if the division also took on Metronode's data halls, it would "take on additional [manufacturing] premises" in the state.

Metronode currently had BladeRoom data halls manufactured in the United Kingdom before they were deconstructed and shipped to Australia in modules measuring 4.5m by 15m.

The company had taken receipt of its first 10 data hall modules which were being used for the construction of a Metronode-branded data centre in Deer Park (Victoria) that would offer 7,000 square metres of IT space when completed in September.

A further 10 UK-manufactured data hall modules were "in transit" for the Deer Park build.

Another set of modules would be shipped to Perth "shortly" for Metronode's planned data centre at Shenton Park, the inland termination point for a new submarine cable connecting Perth and Singapore.

"They're [the data halls] being shipped out [of the UK] in sets every two or three weeks," Roe said.

Roe said that Metronode planned to manufacture the data halls locally for "subsequent stages" of the Melbourne and Perth data centres.

The modules were engineered to be stacked three levels high, although Metronode's data centres were being designed on two levels.

Metronode is already fabricating office and plant room modules locally for the builds.

Roe said Metronode's own acceptance testing of the data hall modules in Britain recently achieved a PUE of 1.04 under "full load".

"The only additional losses you've got to allow for are the UPS and generator," he said.

A PUE of 1.0 is considered "ideal". Data centres typically come in at 1.5 or higher.