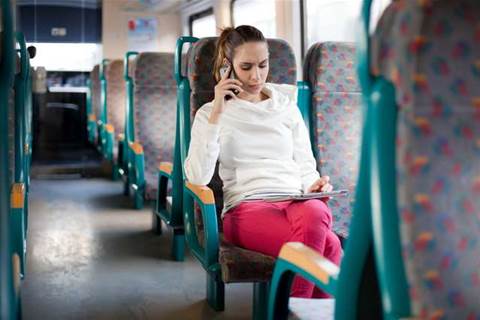 Mobile customers on all telco carriers will be able to continue using 3G and 4G services while travelling through the city's underground tunnels from today.

As ‘lead carrier’ Optus built out the network extension, and will share access under an agreement settled with the other carriers.

The infrastructure upgrade has come about as the result of a partnership between Public Transport Victoria, rail operator VicTrack and the telco.

Coverage will now extend for 12 km between the Flagstaff, Melbourne Central and Parliament underground station platforms.

Optus has also promised to continue to work on coverage enhancements over the coming 18 months.

Victoria’s Liberal government first announced the partnership to deliver metropolitan rail coverage in June 2014, after then-premier Denis Napthine called the telcos “greedy” for failing to agree to a fair distribution of the funding burden to build networks into the underground sites.

iTnews has sought details of the arrangement that was eventually settled between the transport agencies and Optus.

Current Labor public transport minister Jacinta Allen said the network activation “ends years of frustration for passengers, who would be in the middle of a conversation only for their phone to cut out when they entered the loop".