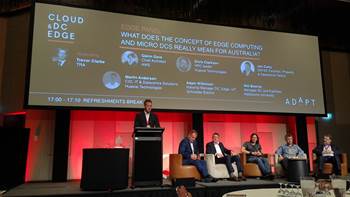 The University of Melbourne is considering a plan to dissuade students from congregating in libraries outside their areas of study by limiting their access to campus wi-fi in those places.

It is understood that undisclosed faculties have raised concerns that their students are unable to access faculty library resources due to other students using the spaces.

The university is hoping to tap its campus-wide wi-fi network – which has about 5000 access points – to identify the study areas of students entering or sat in faculty libraries “on-the-fly”.

Students entering a faculty library not related to their area of study could find their wi-fi access limited as capacity is prioritised to students actually enrolled in that faculty’s studies.

“Deans of some faculties are not happy that their libraries are being filled with all sorts of students who aren’t necessarily in their faculty, so their own students are missing out,” data centre and facility services manager Will Belcher told the Cloud & DC Edge Summit.

“They want to try and use the data from the wireless access points and controllers - we track [wi-fi usage] against each students’ login name - to determine what faculty they’re in.

“[They also want to] look at prioritising the students that do belong to the faculty so those students get better wireless coverage, so as to gently dissuade the [other] students and steer them back to their own libraries.”

One of the technical challenges of the plan is the real-time processing of wi-fi data in order to work out how their internet traffic is prioritised.

“Because you have to process it quickly and you’ve potentially got a lot of data to process, you may need to do it at the ‘edge’,” Belcher said.

Belcher also revealed the beginnings of a project at the university to convert some of its 150 communications rooms across campus into micro data centres.

It has already converted about ten of the comms rooms, fitting them out in most cases with data centre-grade air conditioning, a UPS, rack space for servers that can perform decentralised processing tasks, and network video recorders (NVRs) that are used for CCTV systems.

The increasing resolution of CCTV systems is one of the reasons the project is being pursued.

“We’re setting a precedent to say let’s not waste space on our campus, let’s install our NVRs locally within the main comms room, and have the ability to put servers in there for potential post-processing if [security] need to do that.”

The university uses UPS systems in the rooms to monitor the environment – they have in-built sensors such as for temperature.

“We use [Schneider Electric’s] StruxureWare data centre expert which talks to all the UPSs in the rooms and sends an SMS if there’s a fault in the room so we can deal with it quickly,” Belcher said.

“That saves us a lot of money compared to putting in traditional control monitoring systems within every comms room.”

“In the future if new buildings are being built, there will effectively be a server room in every building to put racks in and make a mini data centre to future proof it for when we do need to have compute and storage close to the building, close to the edge,” he said.