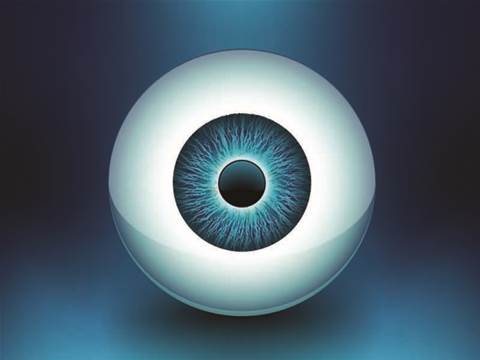 Melbourne’s Monash Vision Group has taken delivery of a prototype microchip that will be implanted in the brain of a bionic eye patient next year.

With the chip and airtight packaging in hand and a thumbnail-sized digital processing unit in the works, researchers expect to assemble and test their bionic eye on a benchtop within months.

The Monash Vision Group is one of two research groups shooting for human trials of bionic eye technology in 2013.

Monash group director Arthur Lowery said it targeted different patients to those of Bionic Vision Australia, a consortium that includes the University of NSW, University of Melbourne and NICTA.

Bionic Vision Australia will implant five-square-millimetre microchips in patients’ eyes, to communicate wirelessly with an external camera and transmit signals along neural connections between the retina and brain.

Meanwhile, Monash Vision Group will implant a grid of ten eight-by-eight millimetre “tiles” directly onto the surface of a patient’s visual cortex, in the lower rear area of the brain.

The tiles wirelessly receive low-resolution, black-and-white images from an external digital processing unit, dubbed a “pocket processor”, which in turn processes high-resolution images from a camera.

Each tile comprises a four-by-four millimetre microchip with 500,000 transistors, and 45 electrodes, which convert digital signals to analogue signals that are fed into clusters of nerve fibres.

Although modern cameras produce images with megapixel resolutions, Monash’s bionic eye patients will “see” only 600 pixels, shared across each of the 10 independently functioning tiles.

Lowery explained that even with today’s most sophisticated medical scanning technology, it was currently impossible to identify single nerve fibres in the brain and target them individually to produce high-resolution vision.

The group plans to compensate for the poor resolution by using processing algorithms to ignore background clutter, for example, or identify and represent people or objects uniquely.

Those algorithms have been tested and modified since early last year to improve usability. For the tests, participants wear glasses that block out all vision besides a screen that displays what patients would see.

Lowery said the team was considering various methods of mounting the camera and pocket processor, including a small “hat pack”, a set of glasses, and a “cycle helmet”.

Because Monash’s system is connected directly to the brain, bypassing the eyes, Lowery said the technology could work for patients whose eyeballs were badly damaged in accidents, for example.

He noted that patients tended to expect brain implants to be more traumatic than eye implants, but highlighted the skill of the group's surgeons and rigorous testing processes.

Prior to the 2013 human trial, the Monash Vision Group plans to undergo “pre-clinical trials” – sometimes used to describe animal testing.

Researchers are currently designing the human trial, which will involve a volunteer who is completely blind and “who is good at describing what is presented to them”, Lowery said.

“We’re just at the stage where we can put a system together on a bench and test it,” he said. “We’re aiming for an implant in 2013.

“This is the very first human implant we’ll do; our wish is that the recipient will find it extremely useful.”

Lowery did not expect Monash’s bionic eye to be commercially available for another five to ten years, while the researchers improve the technology and test its longevity