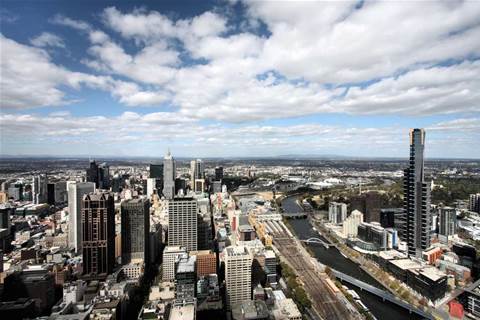 The City of Melbourne.

The City of Melbourne has moved the web sites it hosts for major city events onto the public cloud to cope with peak traffic loads after its internal web servers failed during Moomba in March this year.

A web site for each event - usually thick with rich media - must be created to promote the event and provide information for users during the event.

"In March this year - on the day of Moomba, the web site failed, we didn't have enough capacity," he said. "It died in the ditch. That's the horror story.

"Why did it happen? We marketed the hell out of the event and we built a rich content funky web site, with all the thinsg the marketing managers and event guys tend to get carried away with.

"On that day, we had the most hits we've ever had on a web site, but unfortunately we had built the site on two year old infrastructure and it just failed.

"We were stuck. We couldn't dynamically add resources too it. We couldn't just order a server, it would take three months. We had to ride it out, and it wasn't a great scene."

"I use the word tech debt to describe it. When you have major events in three month cycles, there is not a lot of time to think about what went right before you are building for the next event.

"The guys in infrastructure were struggling to keep up, cutting corners, trying to get equipment, making do with bandaids and string, robbing Peter to rob Paul. That's what I call tech debt - when processes aren't followed."

With Spring events on the horizon, Fairweather said the team "had to do something very quickly" and experimented with public cloud services, before choosing to deploy all event web sites with Amazon Web Services.

"It's no longer a proof of concept; we've built all our premier web sites into the cloud," he said.

Public cloud suits large scale event web sites, he noted, because these events tend to be held for a short period of time before traffic drops off again substantially.

It takes a long time to build a web server in the physical world, resources can be dialled up and down in the cloud.

"We have procurement policies you wouldn't believe," he said, referring to the time it took for his staff to buy and install a physical server.

"Everybody in government talks about data sovereignty. It has to be stored in Australia. Right. And same with security. You can't store it in a third world country or someone will steal your data..."

But he questioned whether Government agencies had a better handle on security than a large cloud provider.

Fairweather said governments needed to "have a re-think" about the security of their data.

Much of it should be in the public domain, he said, negating concerns for whether or not that agency is using a public cloud service.